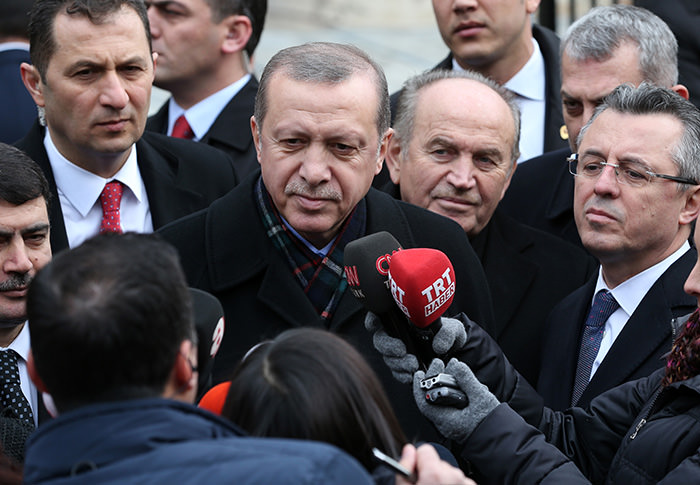 by daily sabah
Jan 22, 2016 12:00 am
President Recep Tayyip Erdoğan said on Friday that he spoke with businessman Mustafa Koç on Wednesday, a day before the businessman passed.

Erdoğan spoke to reporters following Friday prayer, where he also said that he sent his condolences again to the Koç family members.

Koç reportedly flew to Ankara and met with Erdoğan on Wednesday afternoon with his brother Ali, and was scheduled to fly to Zurich, and then head to Davos to attend the World Economic Forum (WEF).

Koç suffered from a heart attack while he was exercising in the morning, according to a statement released by Beykoz Public Hospital, where he was brought first. He reportedly went into cardiac arrest and 45 minutes of cardiopulmonary resuscitation (cpr) pursued, however the attempts were unsuccessful.

As his condition worsened, he was airlifted to American Hospital owned by his company, where he was confirmed to have passed away at age 55. Erhan Bulutçu, administrator of Amerikan Hospital where he died, told reporters the doctors tried for about four hours to resuscitate the businessman to no avail.
Last Update: Jan 22, 2016 5:50 pm