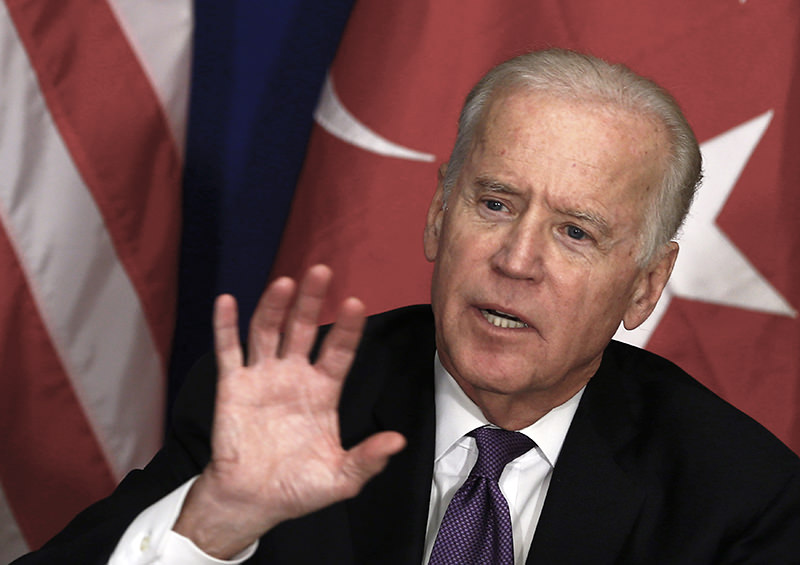 |AFP Photo
by daily sabah Jan 23, 2016 12:00 am
U.S. Vice President Joe Biden, who likened Julian Assange, the founder of WikiLeaks, to a "hi-tech terrorist" in the past, praised Can Dündar, who was arrested for supporting terror and espionage, as a hero.

Biden met with Dündar's wife and son on Friday, and told Ege Dündar, Can Dündar's son, that he has a brave father and that he should be proud of him.

Can Dündar, former editor-in-chief of Turkish Cumhuriyet daily, was charged with political and military espionage as being a member of a terror organization in the controversial National Intelligence Organization (MİT) trucks case.

Julian Assange, similarly an editor-in-chief who founded WikiLeaks, was harshly criticized by Biden in 2010. Biden called Assange a "hi-tech terrorist" for sharing secrets of the state.
Last Update: Jan 25, 2016 10:39 am
RELATED TOPICS