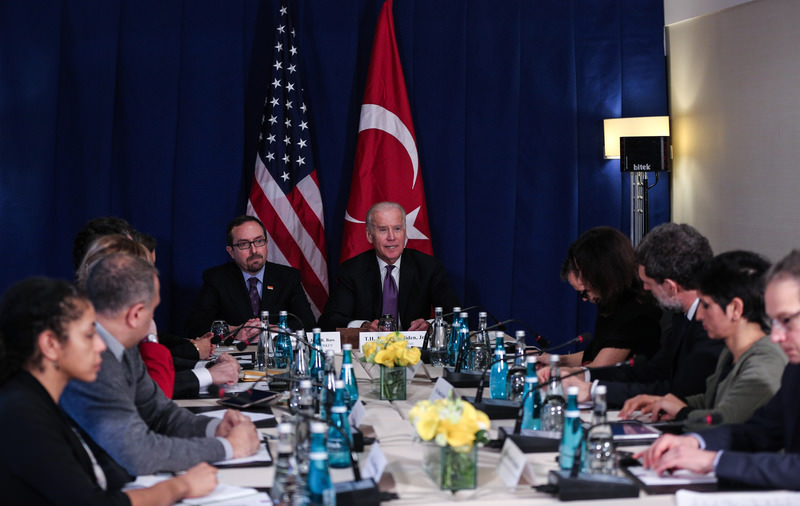 by daily sabah
Jan 23, 2016 12:00 am
U.S. Vice President Joe Biden's meeting with a specially selected group of Turkish journalists in Istanbul's Beşiktaş district on Friday drew a negative reaction of Turkish media as they said the meeting failed to interact with different parts of the news industry in Turkey.

Some journalists reported that they were told Biden was not planning to meet any media representatives during his visit, however the vice president met with four journalists who are known for their similar political opinions.

After the meeting, several journalists who were not invited to the meeting released a joint statement addressed to Biden and the U.S. embassy, saying "Mr. Vice President once said a government can't function fairly and transparently without freedom of the press or expression. Yet he only met like-minded journalists and neglected or dismissed the rest of the Turkish news industry, which is very diverse and rich."

Here is the complete list of journalists who signed the joint statement: