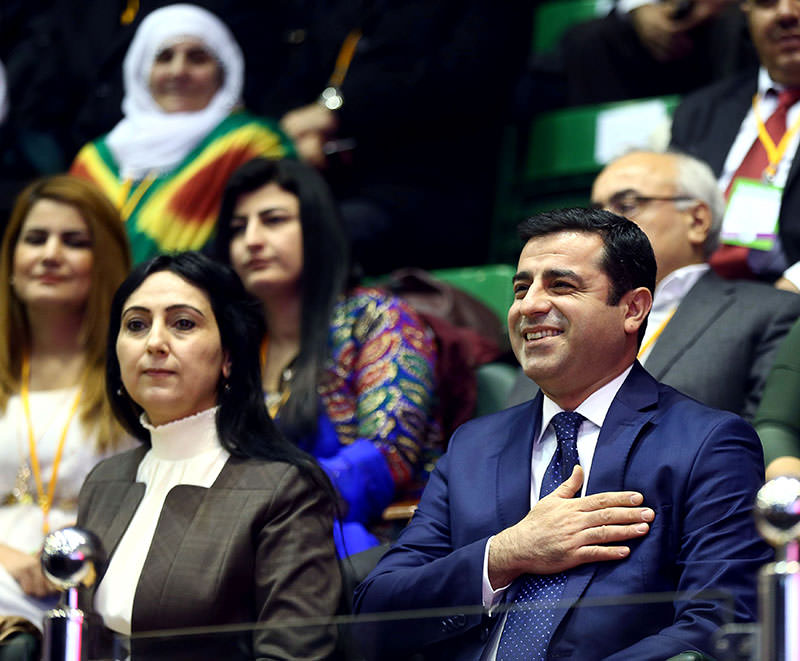 | AA photo
by Daily Sabah with Agencies Jan 24, 2016 12:00 am
Current Peoples' Democratic Party (HDP) co-chairs Selahattin Demirtaş and Figen Yüksekdağ were re-elected for the party's leadership on Sunday during a congress organized in the capital Ankara.

Yüksekdağ and Demirtaş managed to secure the votes of 624 delegates out of the 626 who voted. There are a total of 1,049 HDP delegates.

The vote results were not surprising as the party had previously said that they would continue to work with Demirtaş and Yüksekdağ, but Demirtaş's earlier statements that he was not "keen" on becoming the co-chair again, had led to confusion.

The party also said on Sunday that it would take part in the parliamentary commission responsible for drafting a new constitution. Parliamentary Speaker İsmail Kahraman previously invited opposition parties in parliament to join the commission but the HDP had not, up until Sunday, say whether it would attend.

"We will be on the constitutional reconciliation commission," the re-elected co-chair Demirtaş told the party congress Sunday.