HDP proud to be a traitor of Turkey, co-chairman Demirtaş says 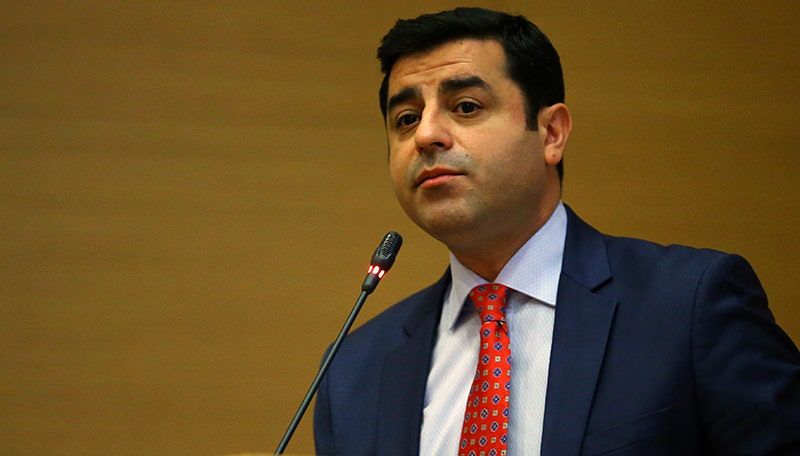 | Sabah Photo
by daily sabah Jan 24, 2016 12:00 am
Peoples' Democratic Party (HDP) co-chairman Selahattin Demirtaş said on Saturday that he is 'proud to be a traitor,' amid ongoing criticism against him and his party for failing to put distance between themselves and the PKK terrorist organization.

Demirtaş spoke at the sixth Peoples' Democratic Congress (HDK) and insulted the Turkish state, claiming that it is fascist and it was justifiable to betray such a state.

"We would be proud to be regarded as traitors in such a fascist state," Demirtaş told the audience.

The co-chair also said they are hesitant to discuss constitutional reform with the 'state,' and did not differentiate between the AK Party government and the Turkish state.

In December, Demirtaş came under fire for meeting with Russian Foreign Minister Sergey Lavrov in Moscow as Russia kept ignoring calls and actions from Turkey to ease the tension between the two countries following the downing of a Russian jet for violating Turkish airspace, despite numerous warnings.

He had also received criticism for saying that his party is in favor of regional autonomy –also favored by the PKK terrorist organization- in Turkey's southeast.

A number of HDP deputies have also been criticized for making pro-PKK statements, attending funerals of PKK terrorists and threatening the Turkish state.