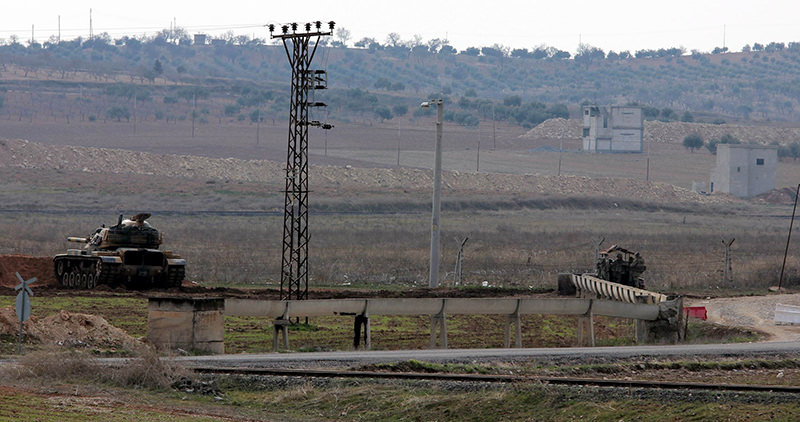 | IHA Photo
by Daily Sabah Feb 02, 2016 12:00 am
The General Staff has announced that 30 Daesh suspects were detained in southeastern Gaziantep and Kilis provinces on Monday while attempting to cross the Turkish-Syrian border.

In Gaziantep's Oğuzeli district, eight foreign nationals with links to the terrorist organization were detained while attempting to cross into Syria.

Presidential spokesman İbrahim Kalın said on Jan. 26 that Ankara is continuing intensive measures in the fight against Daesh. He said that 36,650 Daesh-linked suspects from 125 countries have been barred from entering the country as of January 2016.

He added that 3,065 people from 93 countries have been deported, some 1,800 people have been detained and legal processes are still ongoing.