Anti-terror ops near completion, life to go back to normal in southeast, PM Davutoğlu says 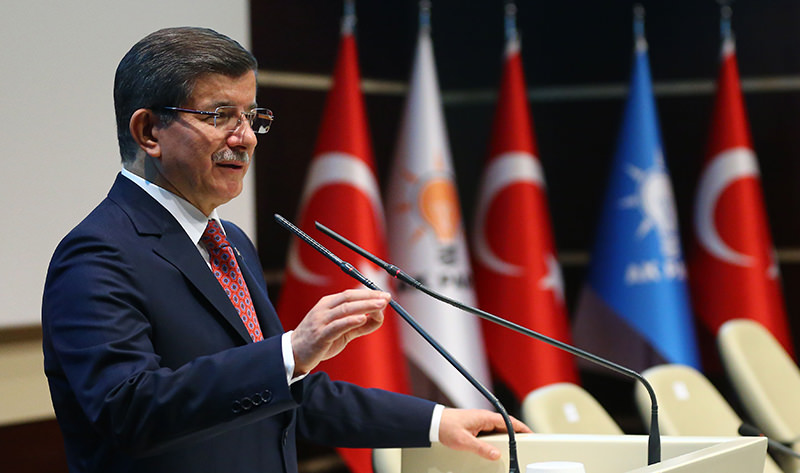 | AA Photo
by Daily Sabah Feb 03, 2016 12:00 am
The counterterrorism operations in the Cizre district of the Turkish province of Şırnak will be completed in a few days and the operations in Diyarbakır's Sur district may take one or two more weeks, government officials have said.

Since the imposing of month-long curfews on residents there, security units have cleared the region of PKK tunnels and ditches and inflicted heavy losses on the terrorist organization in clashes with the security units deployed to the region. The majority of casualties inflicted on the police and military were due to roadside bombs and rockets fired at military vehicles.

Speaking at a meeting in Ankara on Wednesday, Prime Minister Ahmet Davutoğlu dismissed claims made by pro-PKK circles that no ambulances are allowed in areas of Cizre where there have been severe clashes. Davutoğlu said that the Şırnak Governorate sent 10 ambulances and 30 medical personnel to an area where there a group of people have allegedly been trapped during the clashes, but no one turned up when the ambulances arrived in the area. Stating that ambulances were targeted by PKK rockets, the prime minister questioned the legitimacy of the claims.

After a meeting with eastern and southeastern Justice and Development Party (AK Party) deputies at party headquarters, Interior Minister Efkan Ala said that new police stations will be built in Turkey's southeast. "We are building and will continue to build police stations there and gendarmerie stations in other places. This is something we have been doing for a while, but we are evaluating our approach, taking into account the current conditions in the area," he said. The deputy also said that a new unit in the security directorate will be formed in the upcoming days.

As part of a new government plan to build 15 police and military posts in the conflict-stricken districts of the southeast, special operation team members will reportedly patrol the districts of Silopi, Cizre and Sur where the PKK presence poses the highest threat, making sure that terrorists do not continue digging ditches.

Deputy Ala was reportedly briefed about a new post-operations plan that includes the construction of 15 posts in the three districts. According to reports in the Turkish media, the posts will allow special operation team members to quickly intervene in district-related incidents and prevent terrorists from digging ditches. In addition, the posts are meant to deal a blow to the PKK's methodical delivering arms to its urban branches. Sources close to the security forces asserted that the posts will be able to withstand PKK attacks with heavy weapons and explosives.

The Şırnak Governorate released a written statement in response to allegations raised this week by Peoples' Democratic Party (HDP) Deputy Faysal Sarıyıldız, who alleged that 30 wounded people were trapped inside the basement of a building and did not have access to an ambulance in Cizre.

The PKK previously launched several offensives against medical personnel and ambulance drivers. The terrorists also attempted to entrap medical workers by making fake calls for ambulances. One ambulance driver was killed by the terrorist group in late September in Şırnak after he was kidnapped while trying to reach wounded security personnel.

Sarıyıldız, who was caught allegedly delivering arms to PKK terrorists, reportedly attempted to entrap security forces in Cizre earlier last week, claimed that "30 people have been wounded in the basement of a building and cannot reach an ambulance."

After receiving the address of the building, security forces accompanied medical personnel to the location, mindful of recent clashes and under the suspicion that the call was a ruse. When the ambulance and security forces arrived, terrorists opened fire from inside the building.

A terrorist using the code name, "Mamo," who reportedly set up all the explosives in Cizre, is among the wounded who are allegedly trapped inside the building. Along with "Mamo," the district's self-proclaimed PKK commander, Mehmet Tunç, the managing editor of the PKK-affiliated Azadiya Welat daily, Rohat Aktaş and the district's financial head are reportedly among other prominent figures in the building.
Last Update: Feb 04, 2016 12:18 pm
RELATED TOPICS