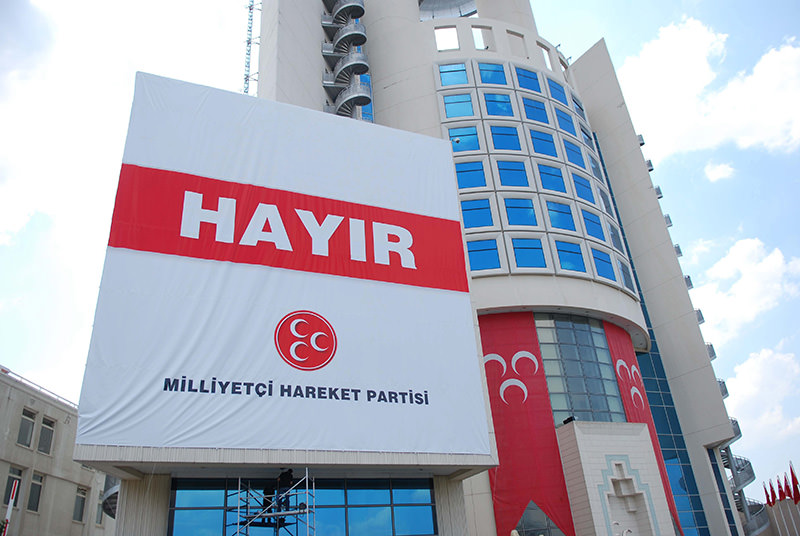 by Daily Sabah Feb 05, 2016 12:00 am
Lawyers of opposition figures of the Nationalist Movement Party (MHP) have opened a lawsuit against party administration for the party to be transferred to a trustee committee to call for an extraordinary congress, as their demand was left unanswered despite gathering required number of signatures.

The opposition started looking ways to hold a congress following the November 1 elections, in which MHP saw its votes dropping from 16.2 percent to 11.9 percent, which largely went to the Justice and Development (AK) Party, helping them to regain their parliamentary majority to form a single party government. The party lost 40 of its 80 seats in the parliament, even falling behind their arch rival pro-Kurdish Peoples' Democratic Party (HDP) in terms of seats. The election failure was largely attributed to 18-year long party chairman Devlet Bahçeli, and his uncompromising stance against all political parties during the inter-election period between June 7 and Nov. 1.

Gathering behind three influential candidates to run for party leadership, namely Meral Akşener, Koray Aydın and Sinan Oğan, the opposition has earlier delivered in mid-January 543 signatures from party delegates backing their call for a congress, and stated that they will wait for 15 days for the party administration to respond to their call. Although MHP's regulations do not allow for an extraordinary congress to be convened to replace the chairman in the party renowned for its leadership cult, the number of signatures was enough for the opposition to call for a congress to modify the regulations, in which the opposition aimed to modify the rule on extraordinary congress.

As their call was left unanswered, the lawyers filed a lawsuit in a local court, asking for three party delegates to form a "Congress Call Committee" and lead the party to the congress, as stated by the Law on Political Parties.
Last Update: Feb 06, 2016 3:21 pm
RELATED TOPICS