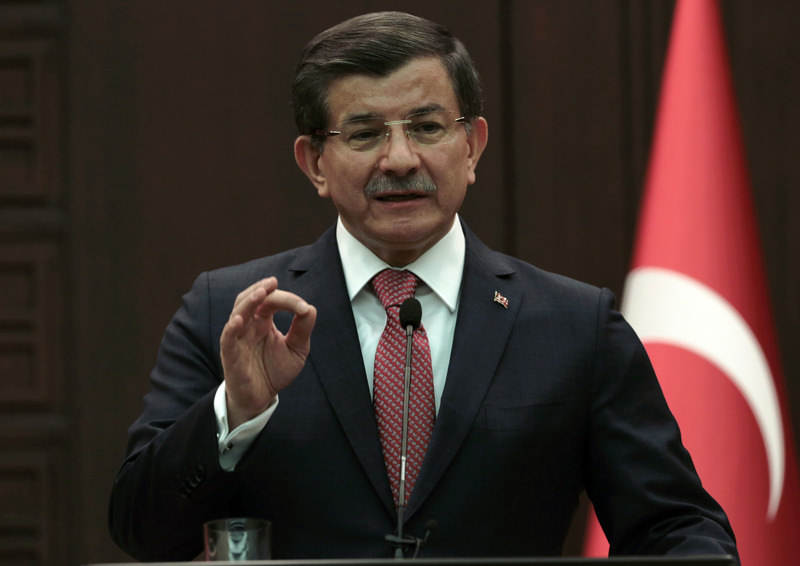 by Daily Sabah Feb 08, 2016 12:00 am
Prime Minister Ahmet Davutoğlu, a professor in international relations before entering politics, gave a lecture to a biased journalist on Monday regarding the number of countries in the world and the status of press freedom in Turkey.

Responding to a long question from a Die Welt reporter, accusing Turkey of violating the freedom of the press and claiming that the country ranks 195th in terms of press freedom, Davutoğlu said that his ability to accuse and criticize the Turkish government openly is a true example of Turkey's democracy and asked him how it could be possible for Turkey to be listed as 195th when there are only 193 countries in the world.

He added that while everyone is free to criticize the government or the prime minister himself, criticism also needs to be done in an objective way. Asserting that Turkey is a democratic, constitutional state, he said that while Turkey had experienced two elections back to back everyone was able to criticize freely.

"Turkey is a democracy at global standards. We will listen to all criticism, but the most sacred matter to us is to protect lives, dignity, human rights and freedoms as well as citizens' property," he said.