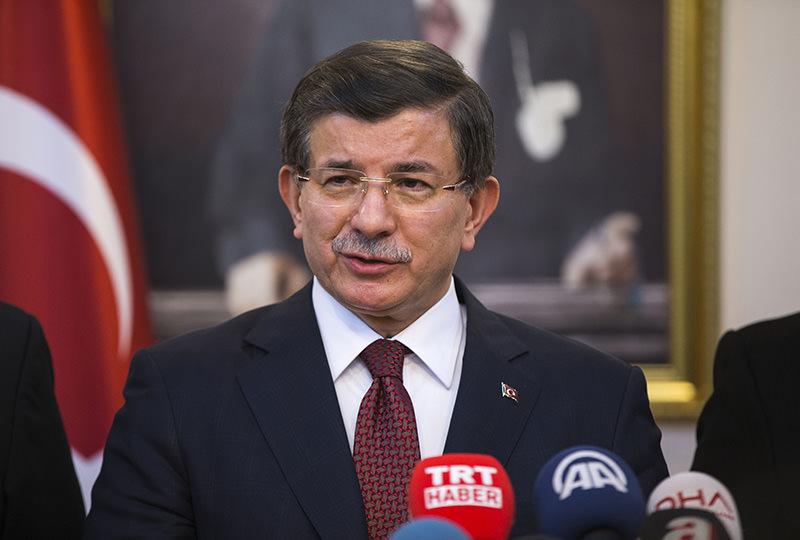 |AA Photo
by Daily Sabah Feb 13, 2016 12:00 am
Prime Minister Ahmet Davutoğlu said on Saturday that Turkish military hit YPG targets near the town of Azaz in northern Syria in retaliation, under the rules of engagement after the group harassed Turkish territory during its attack on Azaz.

The prime minister said YPG is engaged in an ethnic cleansing against Arabs and Turkmens in the region in cooperation with the Assad regime and added that the group must immediately leave Azaz and its surroundings.

Davutoğlu also said he received a phone call from U.S. Vice President Joe Biden after the recent developments. The prime minister said he told Biden that Turkey sees YPG, PYD and PKK as terrorist groups and will take necessary steps.

The group was not invited to the talks by the UN's special envoy for Syria who called the meeting.
Last Update: Feb 15, 2016 11:57 am
RELATED TOPICS