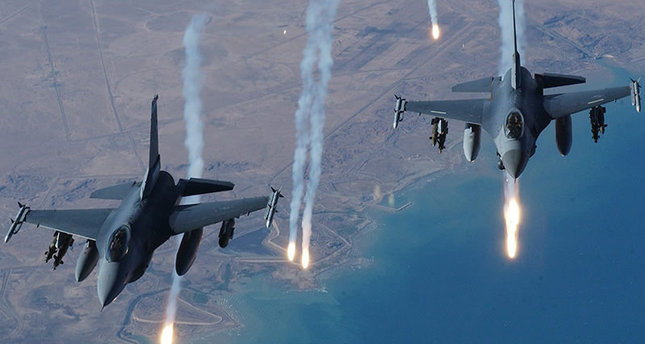 by Daily Sabah with Agencies Feb 18, 2016 12:00 am
Turkish air forces struck a group of 60-70 PKK members near Haftanin in Northern Iraq on Wednesday night, with targets including senior-level terrorists, Turkish security sources said on Thursday.

According to reports, Turkey targeted camps belonging to the PKK in northern Iraq, in response to a car bombing in Ankara that killed 28 people and injured 61. The operations reportedly took place between 8:30 p.m. and 9:30 p.m.

A group of 60-70 PKK terrorists, including senior commanders, were thought to be among the targets. Security sources said the Zap, Avasin and Haftanin camps were hit.

Turkey has conducted operations against the PKK terrorist organization since late July, when a two-and-a-half year cease-fire was ended by the PKK. Since the terrorist organization announced the end of the ceasefire on July 11, more than 150 members of Turkey's security forces have been martyred, while according to the government, more than 2,000 PKK terrorists have been killed.