Washington: US weapons sometimes end up in the hands of 'bad guys' 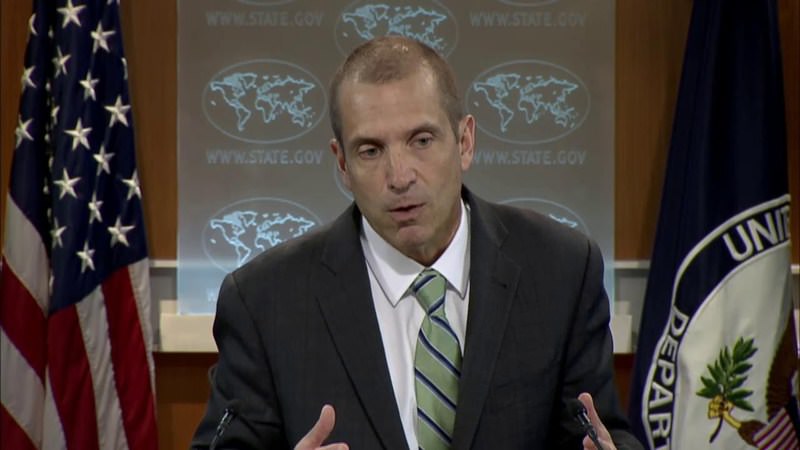 by Daily Sabah Feb 19, 2016 12:00 am
The People's Protection Units (YPG) group the U.S. supports in northern Syria is not part of the YPG that is seizing territory around Azaz and Afrin, State Department spokesman Mark Toner said on Wednesday. "The YPG groups that we're supporting, there are various parts of the YPG on the ground in Syria. And the ones – the groups that we're supporting are actually not the same groups," he said.

"Obviously, they're part of the same organization, but not these ones who are taking territory in and around Aleppo ... the groups that we've been supporting through airstrikes, through various means, have actually continued to effectively fight ISIL [DAESH] on the ground in northern Syria," he said. He also said that the U.S. is aware that the YPG, the PKK's Syrian affiliate Democratic Union Party (PYD) militia – is currently taking additional territory outside Afrin, including areas close to Azaz and the Mannagh Air Base in northern Syria near the Turkish border. Toner said the U.S. was very clear in its message to the YPG that taking additional land around Afrin and Azaz was "heightening tensions with Turkey."

Toner refused Turkish claims that U.S. weapons were given to the PKK and added that "equipment and various weaponry, while given to good guys, somehow sometimes ends up in the hands of the bad guys," while declining to comment on remarks by Syria's U.N. envoy who said Syrian Kurdish groups supported by the U.S. are also supported by the regime.
Last Update: Feb 21, 2016 1:10 pm
RELATED TOPICS