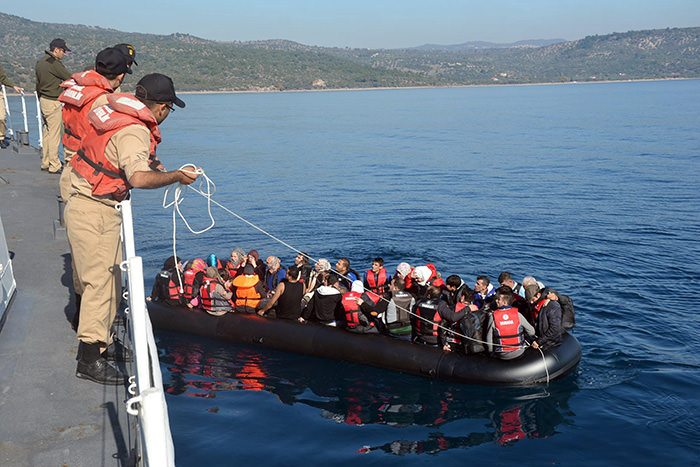 Addressing a gathering of foreign journalists in the Turkish capital Ankara Tuesday, Deputy Prime Minister Numan Kurtulmuş said the Council of Ministers has been working on a law that will consider organizing (trafficking of) illegal migrants (into Europe from Turkey) as a terror crime.

"These actions are going to be considered under [Turkey's] penal code," Kurtulmuş said.

Kurtulmuş added that approximately 4,800 such traffickers were caught during 2015 and half of them were arrested.
Last Update: Feb 23, 2016 4:52 pm
RELATED TOPICS