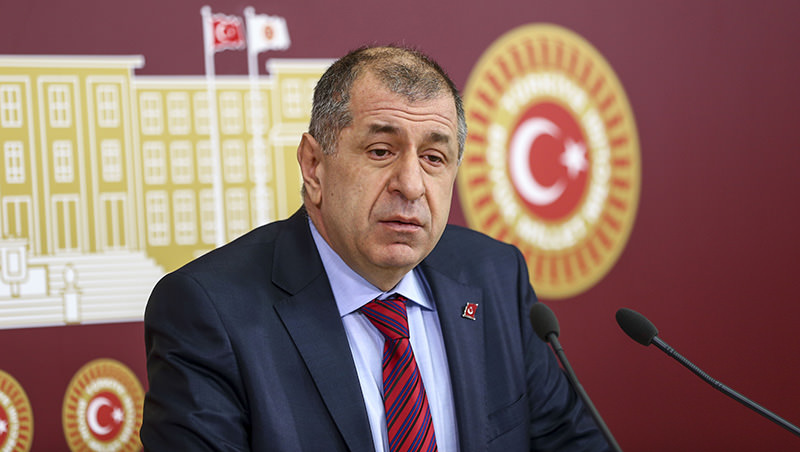 | AA Photo
by Daily Sabah Feb 24, 2016 12:00 am
Nationalist Movement Party (MHP) Vice Chairman Ümit Özdağ submitted his resignation to the party on Wednesday and called for an extraordinary congress amid heavy pressure by dissidents on party Chairman Devlet Bahçeli.

"An extraordinary congress should be called in order to end the instability in the party," Özdağ said, making his resignation publicly known.

Dissidents in the MHP have been pushing for an extraordinary congress for a long time and, following its poor performance in the Nov. 1 elections, intra-party opposition pressed the button to oust Bahçeli as chairman.

Bahçeli quickly dismissed the three dissidents and said that he would not convene the congress, pointing to 2018 as the earliest time for elections on the matter.

There were also accusations that the Gülen Movement attempting to seize MHP chairmanship through Akşener's candidacy. Bahçeli publicly shared his concerns in early December 2015, saying: "Three fellow members declared their candidacy for the chairmanship. One of them does not have such a right because he [Oğan] was expelled. Then there is a candidate who joined the MHP as a political figure of the Gülen Movement."

Akşener quickly responded to the claims: ""I have no connection to the Gülen Movement. I would have proudly said if I had." Her statement, however, was interpreted by certain columnists as a clear sign of her affiliation with the Gülen Movement.
Last Update: Feb 25, 2016 11:58 am
RELATED TOPICS