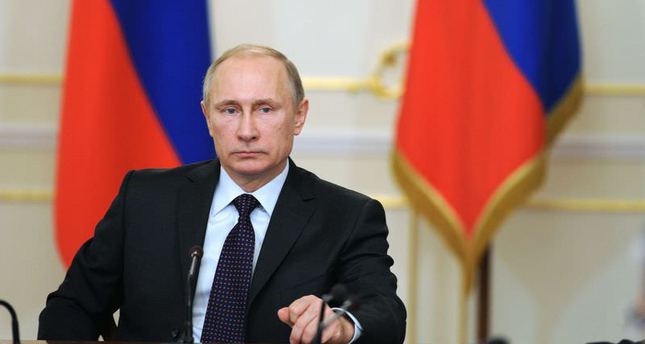 by Daily Sabah with AA Feb 25, 2016 12:00 am
British investigators on Wednesday claimed to have identified the Russian military unit responsible for the surface-to-air missile that brought down Malaysian Airlines flight MH17 over Ukraine in 2014. Specialists claimed in the statement that Russian President Vladimir Putin is responsible for the crash "as the Supreme Commander of the Russian Armed Forces."

The report by Bellingcat, which draws on open source material such as social media and satellite imagery, identifies the 2nd Battalion, the 53rd Anti-Aircraft Missile Brigade as being the unit that transported the missile system - designated "Buk 3X2" - from Kursk in Russia to the Ukrainian border.

Around 100 members of the 2nd Battalion have been identified to Dutch prosecutors although they are anonymous in the published report.

However, the report notes: "Ultimately, responsibility for the downing of MH17 from a weapon provided and possibly operated by the Russian military lies with the Ministry of Defense and the Supreme Commander of the Russian Armed Forces, President Vladimir Putin."

The report says there is no direct evidence that Russian soldiers operated Buk 3X2 but adds that due to the complexity of the missile system "it is most likely that the Russian military did not transfer a Buk missile launcher to separatist commanders without some guidance or a Russian crew."

The report details the commanders of the 53rd Anti-Aircraft Missile Brigade that "provided and possibly operated the likely murder weapon in the downing of MH17."

Bellingcat head Eliot Higgins told The Guardian newspaper: "We found all the names and faces of the commanders in that second battalion. Was one of them the one who shot down MH17? We can't say for sure but the police could have information that would allow them to incriminate them.

"We want to say to the families of the victims that Russia was responsible, and we can say more, that these were the people in the unit that could be responsible."

Last year, the Dutch Safety Board concluded MH17 was hit by Russian-made Buk while en route from Amsterdam to Kuala Lumpur.

Russia has denied its troops were operating in Ukraine at the time.
Last Update: Feb 25, 2016 2:58 am
RELATED TOPICS