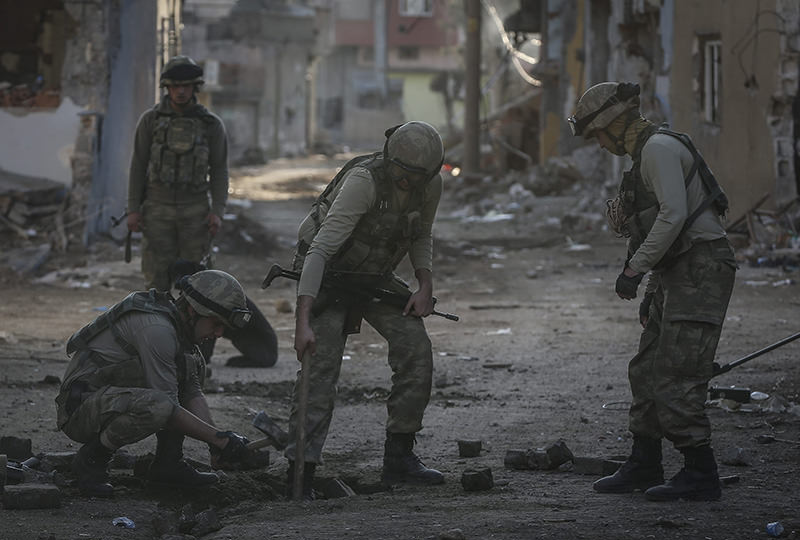 Security forces remove barricades, explosive devices and fill in ditches dug by PKK terrorists in Cizre (AA photo)
by Daily Sabah Mar 01, 2016 12:00 am
Turkish authorities on Wednesday will lift a 79-day long curfew in the southeastern city of Cizre within certain periods of time, the regional governor's office said. The curfew has been in place as the military battles the terrorist PKK group.

The curfew, which has been intact since Dec. 14 to allow security forces to capture the PKK terrorists, to clean the district of explosives and booby-trapped ditches and therefore to ensure the security of life and property of people, will be lifted as of March 2 but will cover the hours from 5 a.m. in the morning to 7:30 p.m., the statement from the Şırnak governorship office read.

The curfew therefore will continue to be in effect from 7:30 p.m. to 5 a.m. every day, according to the statement.

Also, there has been a change with regards to the currently-imposed curfew in Şırnak's Silopi district. The statement said the curfew in Silopi would start from 7:30 p.m. instead of the previously set time of 6 p.m. in line with the new regulation.