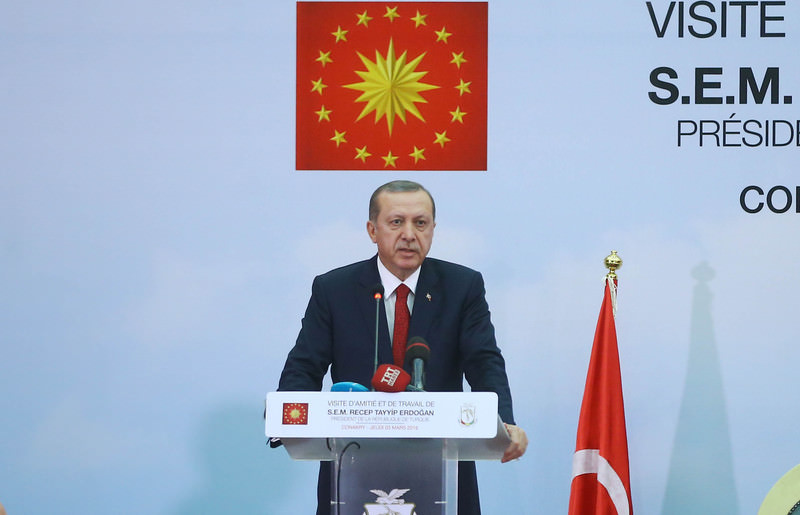 Addressing a joint news conference alongside his Guinean counterpart Alpha Conde on Sunday in the Guinean capital of Conakry, Erdoğan said the new constitution talks concerned the future of Turkey and the main opposition leader's attitude was an obstacle in reaching an agreement on the draft of a new charter.

The Constitution Conciliation Committee has 12 deputies – three from each of the four parties in Parliament – who first met on Feb. 3 in a bid to write a new constitution to replace the current one that dates back in parts to Turkey's military regime of the 1980s.

Erdoğan pointed out that the Justice and Development (AK) Party, which has 317 seats in the Parliament, had only three deputies in the Committee while 313 of the deputies were being represented by nine MPs in the committee and that the current structure of the Committee was not equitable.

A Nationalist Movement Party (MHP) committee member told Reuters that they will not be participating in the committee if the CHP is not a part of it.
Last Update: Mar 03, 2016 9:11 pm
RELATED TOPICS