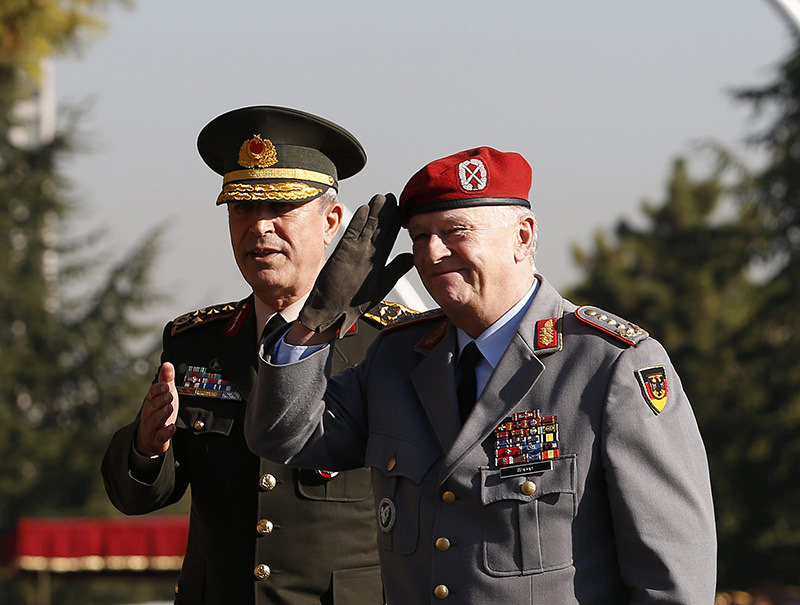 Gen. Akar has held bilateral meetings with German Defense Minister Ursula von der Leyen and Gen. Wieker during which threats from the PKK terror organization to Turkey as well as from its Syrian affiliate PYD were discussed, according to military sources.

Also, the top officials discussed the latest developments in Syria and NATO's recent Aegean mission to curb the flow of refugees from Turkey to European countries. Four NATO vessels under German command, including personnel from Canada, Greece and Turkey, have recently arrived in Aegean international waters to conduct surveillance against any smuggling activities.

Gen. Volker Wieker was received by the Turkish General Staff in the capital Ankara during an official meeting on Nov. 6, 2015.
Last Update: Mar 03, 2016 12:05 pm
RELATED TOPICS