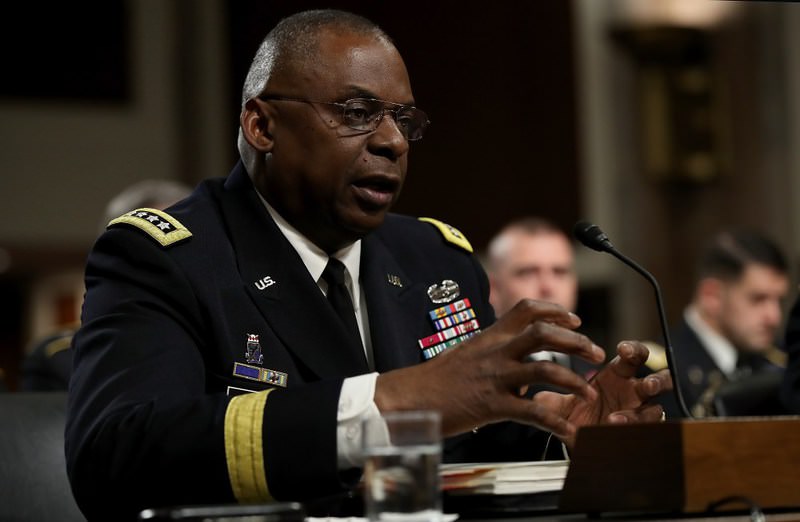 by Daily Sabah with Wires Mar 10, 2016 12:00 am
A top U.S. general has asked for permission to resurrect an effort to train Syrian opposition fighters for battles against DAESH militants, but on a smaller scale than a previous program that failed and was scrapped last year. General Lloyd Austin, the head of Central Command, which oversees U.S. forces in the Middle East, told a Senate hearing on Tuesday that unlike the previous effort, which sought to recruit and train entire units of fighters outside the country to redeploy in Syria, the new program would focus on shorter-term training of smaller groups. "As we reintroduce those people back into the fight, they will be able to enable the larger groups that they're a part of," Austin said.

The failure of the original program, which sought to train thousands of fighters, was an embarrassment for U.S. President Barack Obama, whose continuing strategy depends on local partners combating DAESH militants in both Syria and Iraq.

The previous program was troubled from the start as some of the first class of Syrian fighters came under attack from extremist groups. "I've asked for permission to restart the effort using a different approach," Austin said.

The U.S. strategy against DAESH in Iraq and Syria, the home of the militant group's self-declared caliphate, aims to eventually force the collapse of its two major power centers, Mosul in Iraq and Raqqa in Syria.

Austin told the Senate hearing that he made recommendations, now being reviewed at the Pentagon, about the types of additional U.S. capabilities that would be needed to accelerate operations "as we look towards Raqqa and Mosul."

Although he did not explicitly say he asked for more U.S. troops, Austin acknowledged additional deployments would allow him to obtain better intelligence, offer greater assistance to local forces and to "increase some elements of the special operations footprint."

The United States has deployed a small number of special operations forces to Iraq with a mission to carry out raids against DAESH there and in Syria. In Syria, dozens of U.S. special operations forces are helping enable forces on the ground with the PKK's Syrian affiliate and People's Protection Units (YPG)-dominated Syrian Democratic Forces. U.S. General Joseph Votel, the commander of U.S. Special Operations Command, estimated that around 80 percent of the group was composed of YPG militants.

The timing of both the Mosul and Raqqa operations is also unclear. Mosul may not be recaptured this year, officials say. Votel acknowledged at the hearing that while the United States had a plan for local forces to isolate Raqqa, allowing it to choke off DAESH's de facto capital, there was no plan yet in place to capture or hold the city. "I would say there's not a plan to hold Raqqa," Votel said.

Kerry, European foreign ministers to meet on Syria on Sunday

U.S. Secretary of State John Kerry and his French, German, British and Italian counterparts will meet Sunday in Paris to discuss the Syrian crisis ahead of planned peace talks in Geneva, France's foreign minister said.

The five diplomats will examine the status of the cease-fire in effect since Feb. 27 and "if everything is going forward as we hope... encourage the opposition to return to the negotiating table," Jean-Marc Ayrault told reporters as he arrived in Cairo Wednesday for a two-day visit.

Ayrault said the European foreign ministers will also ask the United States, which brokered the truce with Russia, "to be closely involved in monitoring the effectiveness of the Syrian cease-fire."

He said the European ministers intend to ensure that the Russian air strikes in Syria are aimed only at the Islamic State and al-Nusra Front jihadist organizations, and not against the more moderate opposition. "We must remain vigilant," Ayrault said.

The Syrian regime has announced it will attend the Geneva talks starting on March 14. The opposition has said it was still considering whether to go despite a major lull in fighting since the cease-fire began.
RELATED TOPICS