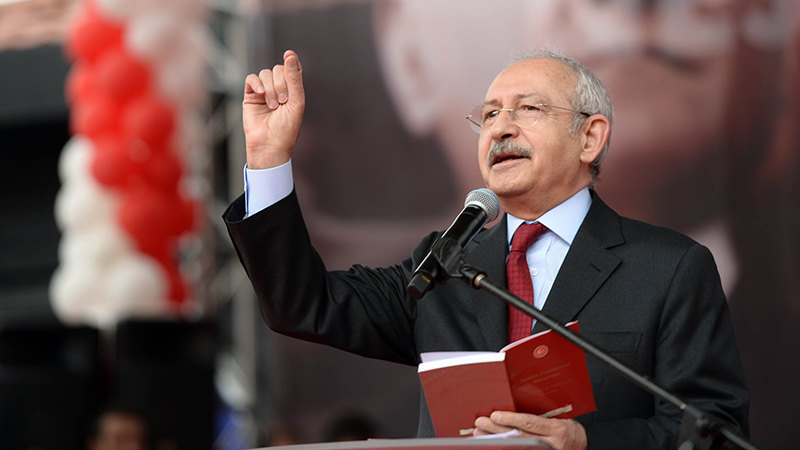 Opposition Republican People's Party (CHP) Chairman Kemal Kılıçdaroğlu, who was criticized for having an anti-refugee stance, criticized the readmission agreement between the European Union and Turkey and suggested that Ankara give 6 billion euros to the EU instead so that it can take all the refugees. Kılıçdaroğlu claimed that the readmission agreement contradicts the Charter of Fundamental Rights of the European Union, as it differentiates between refugees and sets up Turkey as "a buffer country between Europe and the Middle East."

"Let us give them – the EU – 6 billion euros so that they can take all the Syrians, Afghans and Pakistanis," Kılıçdaroğlu said, adding that the EU would only take refugees with a minimum level of education. He also said that the EU did not have an "ethical stance" regarding the matter and that the issue cannot be resolved through money alone. "Refugees are human beings and they also have rights guaranteed by international law," he said.

A still to be agreed to readmission agreement between Turkey and the European Union would effect in June. When the deal is implemented, the EU will have the ability to return illegal migrants who traveled from Turkey back to Turkey to be processed before they are sent back to their countries of origin. Iraqis and Syrians, who make up the majority of illegal migrants, are not part of the deal.

During the campaign period prior to the June 7 general elections, Kılıçdaroğlu was criticized for promising to send nearly 2 million Syrian refugees back to their country if the CHP won the elections.

In a live interview in 2014, Kılıçdaroğlu said that it is "treason" to accept 1.5 million refugees.

Sometimes crossing the border barefoot, in wheelchairs or crawling while trying to carry their belongings – some heavier than their own weight – Syrians of all ages have been seeking refuge in Turkey for the last five years since the start of Syrian civil war. The emergence of terrorist organizations like DAESH and the People's Protection Units (YPG) has also pushed people to take shelter in Turkey.