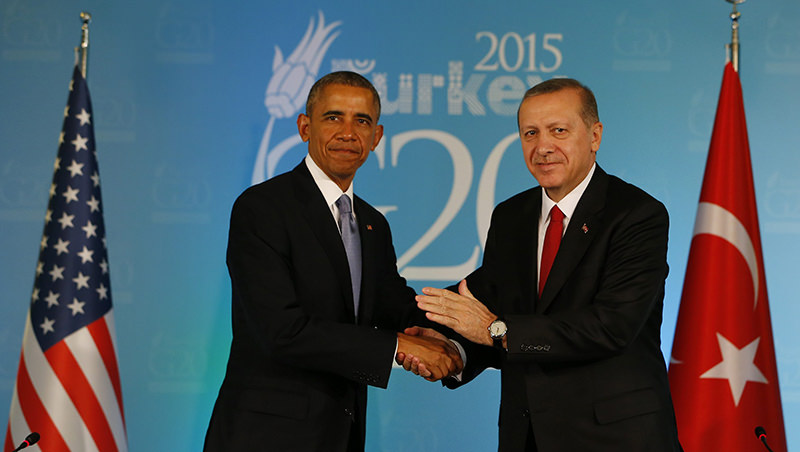 In a written statement responding to The Atlantic magazine's latest cover story, "The Obama doctrine," late on Tuesday the White House described President Recep Tayyip Erdoğan as a key partner in the anti-DAESH coalition and someone U.S. President Barack Obama values.

The Atlantic published a long form feature on Obama's foreign policy doctrine and quoted him extensively on a wide range issues. Jeffrey Goldberg, the article's author, presented his observations on Obama's thinking of certain officials, including Erdoğan. He claimed that previously Obama saw Erdoğan as the moderate Muslim leader who would bridge the division between East and the West, "But Obama now considers him a failure and an authoritarian, one who refuses to use his enormous army to bring stability to Syria."

He said: "President Erdoğan is a key partner in our Counter-ISIL [DAESH] Coalition, and this administration is firmly committed to the security of Turkey, a NATO Ally. The president especially values the perspective of our Turkish partners given the country's important role as a bridge between Europe, the Middle East and the Muslim world."

Stroh said that Obama and Erdoğan have been speaking to each other often and have wide-ranging conversations about how to counter DAESH and diminish the violence in Syria.

"When it comes to Syria, the president has expressed appreciation to President Erdoğan for Turkey's generosity in hosting more than 2.5 million refugees, and we will continue to be partners in confronting shared challenges." He said.