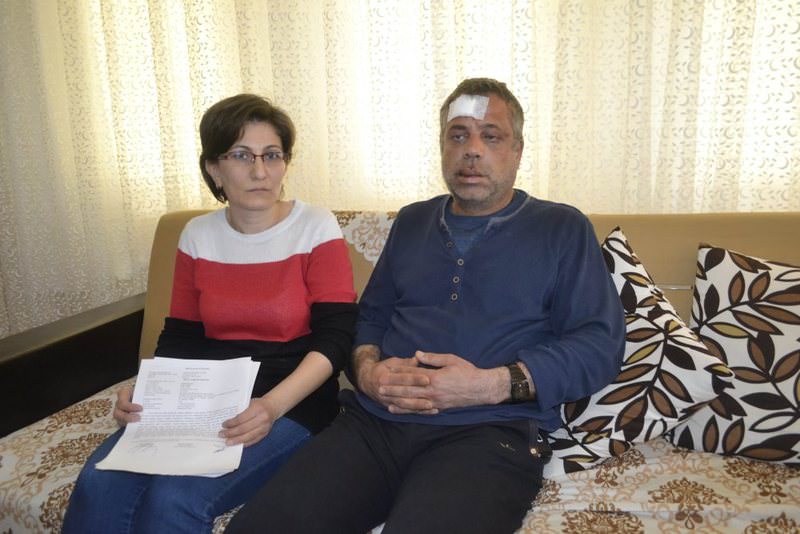 Şehmus Gülerce, 44, was fired by the municipality one year ago and his wife Filiz S., who is also a security officer in the municipality and divorced him recently, was also dismissed three months ago.

After sharing the video on social media on Mar. 15, he was called by a municipal security guard, Hamit Ş. and was by threatened him.

"I saw the video first that day. Those images at such a critical period also bothered me. I shared it and they saw it," Gülerce said. Although Gülerce had removed the video, he was told by the security guard that he would be shot for sharing the video. On the evening of the same day, Gülerce was beaten by the security guard with his friend and continued to threaten him, allegedly saying: "If you go to the police and talk we will destroy you and your family." After the event, he filed a complaint with the Ataşehir Police Department.

"We have sued them. I'm afraid of something happening to my family because of the threat," he said.

The İlgezdi couple's ownership of 15 luxurious flats in the Buz Residence building had created controversy and raised questions of how they accumulated their wealth, which made the headlines as "BuzGate." The İlgezdis are entangled in a scandal over their purchase of more than a dozen apartments worth millions of lira in two skyscrapers in Istanbul, a purchase apparently beyond their means.

Among the owners, Kemal Kılıçdaroğlu's daughter, Zeynep Kılıçdaroğlu, had also bought the above-mentioned luxurious apartment, after her father allegedly guaranteed the deputyship to Gamze Akkuş İlgezdi.