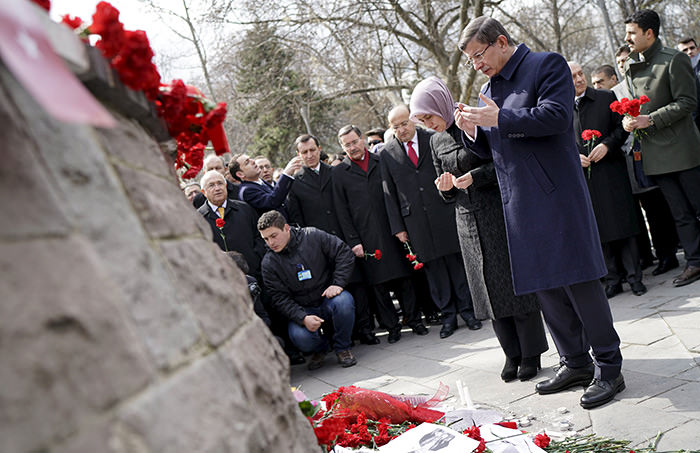 Social media users have criticized the international community for showing unbalanced sympathy for Tuesday's bloody terror attacks in Brussels, while the recent attacks in Turkey's Istanbul and Ankara were largely ignored.

A series of explosions, claimed by Daesh terror organization, hit Brussels's airport and subway on March 22, leaving 31 people dead and 136 others injured.

The attack, condemned by world leaders immediately, was also largely covered by the social media channels such as Twitter and Facebook. In addition, many large cities around the world, from North America to the Middle Eastern countries, showed their sympathy and solidarity by projected Belgian flag on national monuments and symbolic structures.

Such stance is a sign of solidarity and anger against all kinds of terror attacks targeting innocent civilian lives, which should be expected from the international community.

However, the attention paid, sympathy shown, and solidarity put forward against the recent attacks in Ankara and Istanbul fell way behind last year's attacks in Paris and March 22 attacks in Brussels.

A week after the Ankara attack, on March 19, a suicide bomber, linked with Daesh terror group killed five people and injured 36 in Istiklal Street, one of Istanbul's major shopping and tourist areas.

Social media users voiced their concerns saying, "You were Paris, You are Brussels, but you were not Ankara."

Twitter user Bison C. Messink (‏@bisonmessink) wrote: "It's fine to point out the differing response and outcry following attacks in Paris vs Brussels vs Ankara vs Kabul. Says something about us."

Humera Shamsuddin (‏@humsiee) wrote: "Its easy to look at terror attacks in Paris&Brussels & feel pain/sadness for the victims, but why is it not the same for Ankara or Nigeria?!"

Two articles published in Britain's the Independent newspaper by Yasmin Ahmed (Downing Street raises the Belgian flag and we tweet for Brussels - but where was this sympathy after Ankara?) and Samuel Osborne (Brussels bombings: Social media reaction to attacks criticised as disproportionate compared to Ankara) also criticized the biased stance.

"Our indifference and our casual suspicion of Islam is fueling terrorist organizations like ISIS [Daesh]," Yasmin Ahmed wrote.

Meanwhile a few days before the attacks in Brussels, while Turkey's Prime Minister Ahmet Davutoğlu was in Brussels to discuss the Turkey-EU refugee deal, members of the PKK terror group opened a tent, displaying the photos of its members, some which were behind bloody attacks in Turkey.

Despite being listed as a terrorist group by the EU, the PKK continues its activities in European countries, such as Germany, Austria, Belgium, France, and Greece.

Furthermore, despite PKK terror group being recognized as a terror organization by the United States, its Syria affiliate YPG/PYD terror group receives support and training from the U.S. military.

Turkey puts forward its firm stance against terrorist groups, namely PKK, left-wing Revolutionary People's Liberation Party-Front (DHKP-C), and Daesh for their direct threats against its national security. President Recep Tayyip Erdoğan and Davutoğlu often criticize the West for discriminating against one terror group over another, arguing that the West ignores PKK terror group while only focusing on Daesh terrorists.