UNHCR says will not work in Greek 'detention centers' 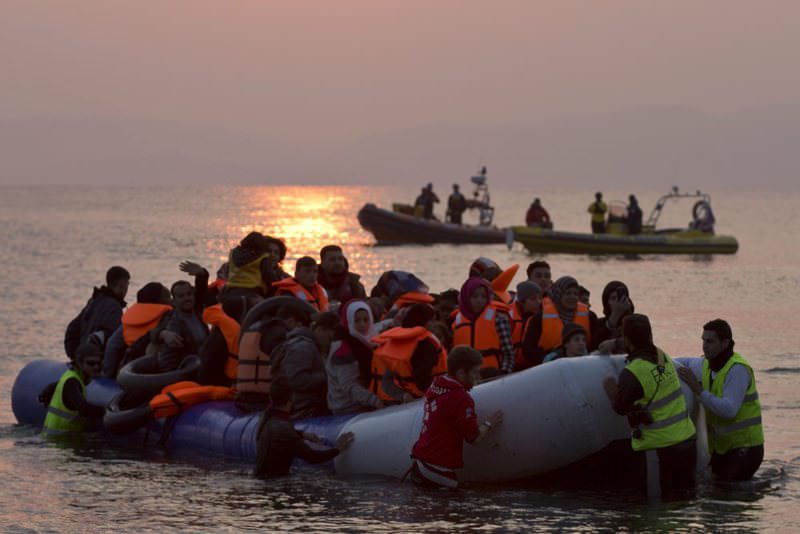 The United Nations High Commissioner for Refugees (UNHCR) said it would no longer assist in the transfer of migrants and refugees arriving in Greece to "detention centers," and criticized the EU for its recent deal with Turkey in order to stem the vast flow of illegal migrants to Europe.

The European Union reached a deal with Turkey just four days ago aimed at halting the flow of migrants across the sea to Greece, but the UNHCR said the deal was being prematurely implemented without the required safeguards in place.

It said migrants were being held against their will at reception facilities on several Greek islands, and it would not transport people there from the beaches and to and from ports. It will continue to provide other services including counseling to refugees, it said.

The accord crafted by EU leaders and Turkey specifically mentions the UNHCR's involvement, although UN officials in Geneva said they were not consulted on that.

The deal, which took effect on Sunday, is aimed at putting new arrivals in Greece who seek asylum on a fast track for processing. But it also means those migrants and refugees are kept in detention until their claims are assessed.

"Accordingly, and in line with UNHCR policy of opposing mandatory detention, we have suspended some of our activities at all closed centers on the island."

Those considered ineligible for asylum are to be sent back to Turkey from April 4. For every Syrian returned, another still in Turkey will be resettled directly in Europe, effectively penalizing those who have in many cases spent their life savings trying to flee conflict.

Two EU officials said they hoped this shock therapy might work in ebbing the flow of migrants and refugees into Europe. One said "ugly images" of forced detentions and deportations were something the EU would have to accept if it was to regain control of its own borders.

"Ethically we might have doubts. But legally we have no doubts," another EU official said. Both made the remarks before the UNHCR said it was partially withdrawing its support.

Until Sunday, arrivals to Lesbos had been free to leave the Moria migrant camp and head for ferries to the Greek mainland from where they would mostly head north via the Balkans in a bid to reach western Europe, particularly Germany.

Despite the agreement, Ankara says the refugee crisis cannot be solved without an end to the conflict in Syria and is urging the international community to be more proactive to restore peace in its southern neighbor.

More than 147,000 people, many fleeing conflict in the Middle East and Asia, have arrived in Greece by sea this year, 59 percent of them women and children, according to UNHCR.

On Monday, Turkish monitors arrived on Lesbos to help put the deal into practice. On Tuesday, the Czech Republic offered 10 asylum experts and 30 police officers plus humanitarian aid to Greece, its state secretary for EU affairs said.

Under a timetable agreed with the EU last week, a task force of 4,000 people from asylum case workers and experts to arbitrators, interpreters and security staff should be in place by March 28. Of those, 2,300 should be deployed by other EU states.