Education minister: EU's 3B euros not enough for 750,000 Syrian students 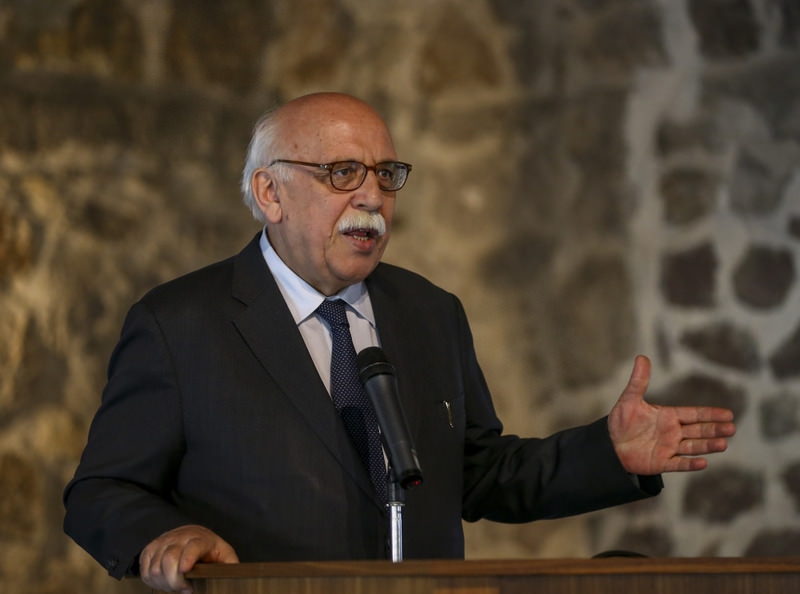 by Merve Aydoğan Mar 25, 2016 12:00 am
National Education Minister Nabi Avcı, speaking at a panel held by the Ankara-based Foundation for Political, Economic and Social Research (SETA) on Wednesday titled, "Turkey's Quality Strategies, Opportunities and Difficulties in Education," said that the 3 billion euro package from the EU, intended to provide Ankara with assistance for Syrian refugees, will not even be sufficient enough to meet the educational needs of the 750,000 Syrian refugee children in Turkey. He said the best response to terrorism is maintaining quality of life despite the ongoing threat, announcing that local teachers who will serve in schools across Turkey's southeastern provinces will initially receive language training, enabling them to communicate with students. Having already undertaken a number of reforms to restructure and develop Turkey's education system over the last few years, the government's goal is that the 64th government's program will include initiatives to enhance the quality of teachers. In addition, the government program reforms also include revisions and updates to the current curriculum. Avcı stressed that, during the process, they take all feedback into consideration – albeit positive or negative – to ensure further improvements are made.

Responding to questions from Daily Sabah regarding the possibility of forming new curriculum for Syrian and Turkish children, Avcı rejected the idea, noting that the current curriculum as sufficient for meeting students' needs. He said that the EU had requested a report from the National Education Ministry regarding the needs of the Syrian children. "While the EU tries to prevent Syrian refugees from coming in, [the organization] also looks for ways to withhold the 3 billion euros of funding; instead requesting that we prepare a report on how much of the funding would be allocated to the education sector. I have told ministry officials not to prepare a huge report; rather, to simply let them know that we [the ministry] provide TL 3,500 [$1,214] of support to our own students attending private schools so that there is space in public schools. As this TL 3,500 was calculated using the average expenses that would be spent on each student, there will be TL 3,500 spent for 750,000 Syrian students. So even if they [the EU] give the entire 3 billion [euros] to the National Education Ministry it would still not be enough," he said. Avcı also said that the funding will not meet the health needs of Syrian refugees in Turkey, either.

He said that according to the Organization for Economic Co-operation and Development's (OECD) Programme for International Student Assessment (PISA) report, Turkey has shown a 25-point increase in mathematics from 2003 to 2012 with its quality of teachers being paramount. He announced that a Teachers' Academy will be established in the upcoming period and explained that teachers assigned to serve in schools in Turkey's eastern and southeastern provinces will be given basic language lessons in Kurdish and Zaza for better communication and connections with children and parents in those areas. He dismissed claims of changing the current 4+4+4 school system to 5+3 and said that such claims are only misinformation and make the system seem more like a jigsaw puzzle.
RELATED TOPICS