'No Syrians in first group of migrants, they will be sent to southern Turkish city of Osmaniye' 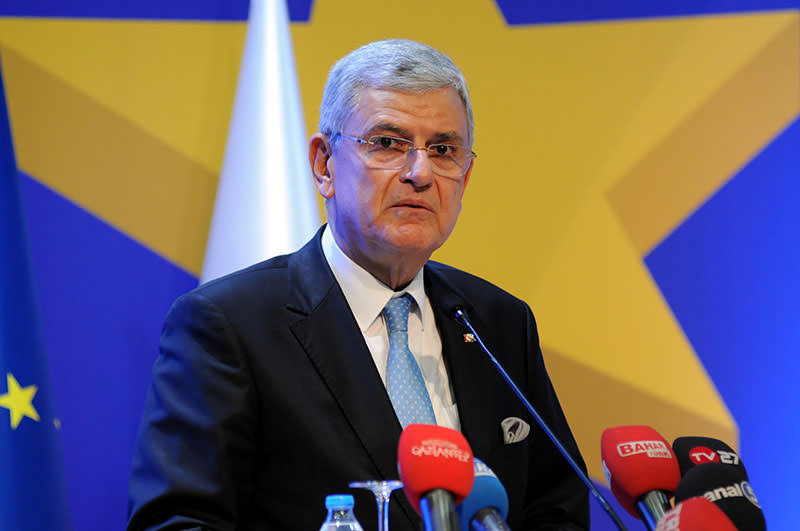 Syrian refugees coming from Greece will be sent to the southern Turkish city of Osmaniye, EU Affairs Minister Volkan Bozkır said on Monday.

In an interview with Turkish private channel Habertürk TV, Bozkır said that there were yet no Syrians were present in the first group of migrants coming to Turkey from Greece on Monday.

Bozkır told broadcaster Habertürk TV that parliament will, if necessary, work at the weekend to meet visa exemption criteria.

Meanwhile, media outlets reported that the first Syrian asylum seekers to enter the European Union legally directly from Turkey landed at the German airport of Hanover on Monday.

The 24 refugees were to be taken to a reception centre in Friedland near Goettingen in northern Germany, according to staff of the Federal Agency for Technical Relief, THW, which is responsible for their transport.

A further 18 refugees were expected to arrive at the airport by midday.

Germany expects to take in a first group of about 32 Syrians from Turkey on Monday. Several dozen others are expected to arrive in France, Finland and Portugal, according to German government sources.