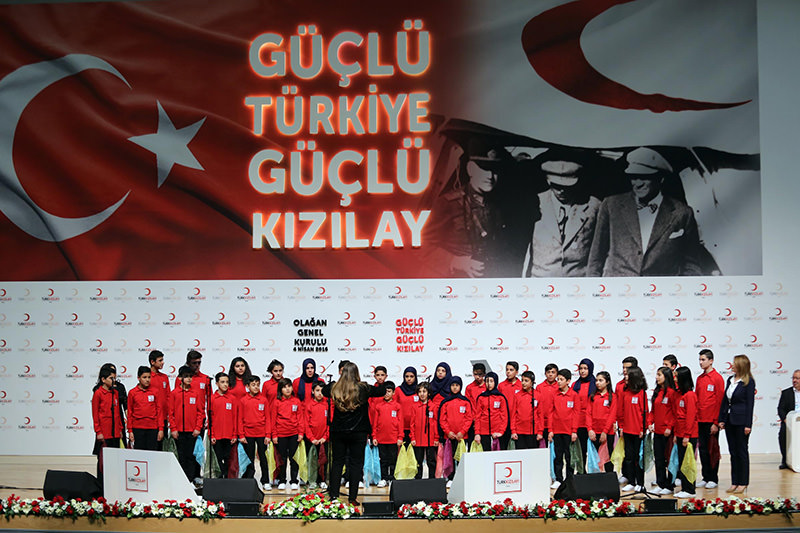 Turkish Red Crescent has improved so much and has become so strong in the last 13 years that today everybody admires it enviously, Turkish Prime Minister Ahmet Davutoğlu said.

Davutoğlu also said that Turkish Red Crescent was different from other similar organizations.

"Being conscientious is not to ask the identity, religion, ethnicity, country or gender of a person to whom you extend your [helping] hand. It is being able to treat everybody the same, woman, child, Turkish, Arab, Kurdish, Westerner, Easterner or European, without discriminating against any of them," he said.

Davutoğlu said the Turkish Red Crescent did not ask people about their religion when Syrians and Iraqis sought shelter in Turkey or when the organization went to Somalia, Haiti and Japan.

He also recalled the Gulf War when the organization barely had the capacity to provide shelter to 500,000 Kurdish people from Iraq, while now in new Turkey, they can now host nearly three million refugees.