CHP leader under fire for sexist insult of minister 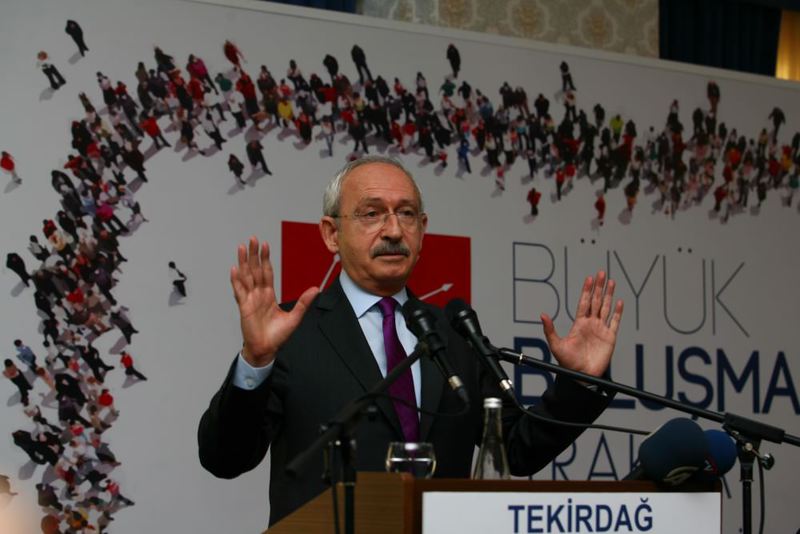 While addressing fellow party members at a meeting yesterday, Kılıçdaroğlu said Ramazanoğlu "knelt before someone." "No one talks about it, neither governor nor police chiefs. The minister of family does not talk because she knelt before someone," Kılıçdaroğlu said. His remarks drew widespread criticism from women's rights activists and lawmakers.

Kılıçdaroğlu was speaking about the sexual abuse of children by a teacher in central Turkey and criticized the government for what he called the defense of a nonprofit organization where the teacher briefly volunteered. He lashed out at Ramazanoğlu's remarks who echoed other officials' statements that pointed to the individuality of the crime. Ramazanoğlu has said the reputation of the nonprofit organization, which has a long history of services such as scholarships and free dormitories for students for more than three decades, should not be harmed by the crime.

His remarks were harshly criticized by women's rights activists who called on him to apologize to all women in Turkey. Prime Minister Ahmet Davutoğlu said that, with his remarks, Kılıçdaroğlu "proved how rude he was once again." The prime minister said he would be remembered with those words in Turkish politics and his legacy would be "nothing but insults." "The next generations would not want to remember even his existence. He did nothing but utter rude words and insults during his time as CHP leader. I expect the women of the CHP to react this rudeness," Davutoğlu tweeted. He also stopped following Kılıçdaroğlu on Twitter.

Sare Aydın, the president of the Women and Democracy Association (KADEM), told a news website that Kılıçdaroğlu exhibited "immoral behavior" and should apologize, not just to Ramazanoğlu, but "to all women in Turkey."

"His remarks do not fit in any part of politics or social morals in Turkey. Politics certainly involves criticism, but you cannot attack a woman, a minister, with such immoral, dirty words. The CHP leader complains of violence against women, of denial of rights to women, and contradicts with his party," she said. "He should apologize immediately. Otherwise, this will be a shame associated with him forever. He should apologize to all women in the country because his statement was toward women in general. It is the rhetoric we have been fighting against for years, it is the rhetoric of questioning women's honor and treating women as second-class citizens in society, politics and all fields," Yılmaz said. She also said women who vote for the CHP should also question Kılıçdaroğlu's remarks and should show their reaction to him. "Violence against women is not only physical. It also involves psychological violence, and this is what Kılıçdaroğlu did today. It also encourages people supporting him to resort to this kind of violence," she said.

The CHP and critics of the government had taken up an Islamophobic stance when it was revealed the teacher, who was arrested last month after the reports of past abuses poured in, had briefly volunteered for a non-profit organization known for focusing on Islamic theological education.

Kılıçdaroğlu's remarks also drew reaction from lawmakers from the ruling Justice and Development Party (AK Party). Jülide Sarıeroğlu, a female AK Party lawmaker, said female deputies expected Kılıçdaroğlu to apologize and would take "legal action" if he does not. This is not the first time Kılıçdaroğlu used derogatory language against Sema Ramazanoğlu, a mother of two. Speaking out on sexual abuse cases, Kılıçdaroğlu said last week that the Ramazanoğlu's "motherhood should be questioned if she does not defend the children."

Although Kılıçdaroğlu is known for gaffes like "no one can claim the CHP is a good party" while trying to say otherwise, he is also widely criticized for insults mainly targeting the government and President Recep Tayyip Erdoğan, most recently calling him a "sham dictator."