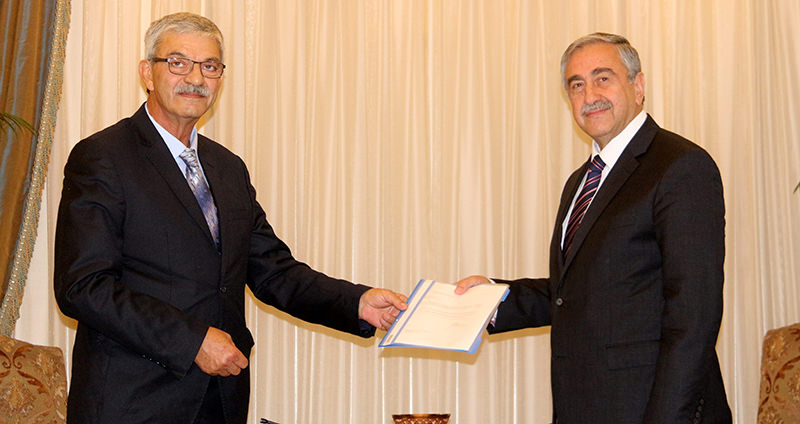 Northern Cyprus' prime minister has submitted his government's resignation to the president on Tuesday, a day after a coalition party withdrew from the ruling coalition.

Akıncı, who is set to meet Northern Cypriot party leaders later on Tuesday, said he hoped a new government would be formed as soon as possible.

The National Unity Party (UBP), the junior partner in the wide-based coalition with the Republican Turkish Party-United Forces (CTP-BG), withdrew from the government on Monday.

Chairman Hüseyin Özgürgün said that the party decided unanimously to withdraw due to what the UBP called the government's inability to address the country's economic problems.

Özgürgün added that a recent move to pay civil servants' salaries in installments also led his party to withdraw.

Amid the government's resignation, the Turkish Republic of Northern Cyprus is in talks with the Greek Cypriot administration. Hopes have been running high that a reunification agreement would be reached this year.

In July 2015 the UBP formed a coalition government with the CTP-BG. That party currently has 20 seats in the Turkish Cypriot parliament, and the UBP has 18.

The Democratic Party-National Forces (DP-UG) has five deputies, the Communal Democracy Party (TDP) has three, and there are four independent deputies.