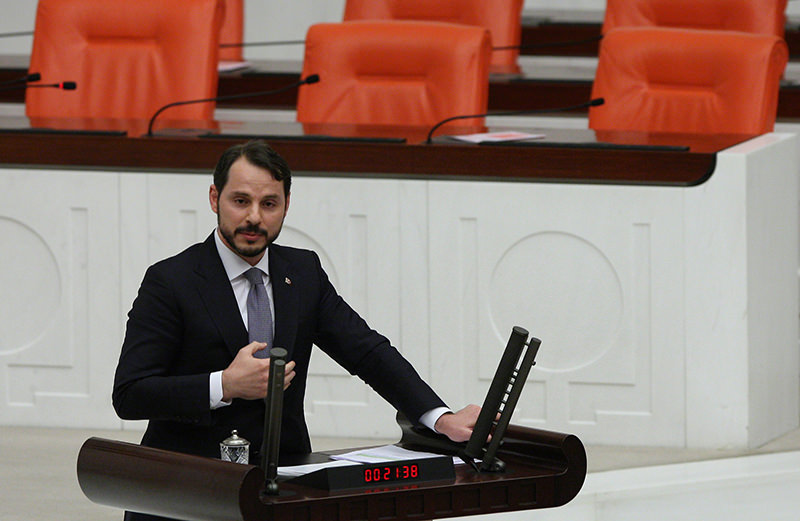 Albayrak criticized Kılıçdaroğlu for making such embarrassing remarks 'to an esteemed lawmaker, a doctor, a woman and a mother' and said that the CHP chairman has proved that he does not have the minimum level of decency by displaying his lack of political ethics.

''What is even more worrying is the fact that Kılıçdaroğlu has simply ridiculed the minds and sensitivities of the nation when he embraced his remarks in a sexist conformism afterwards by saying that 'it is wrong to look at a minister as a man or a woman'' Albayrak said.

The energy minister also said that the tone of language used by Kılıçdaroğlu is not acceptable in Turkish politics, and no man or woman should be subjected to such rude, brutal and dishonorable comments, while he added that CHP supporters would also disapprove of Kılıçdaroğlu's remarks.

"I strongly condemn Kılıçdaroğlu for all the offensive remarks he made" Albayrak said, and urged him to apologize to minister Sema Ramazanoğlu.

At the parliamentary group meeting on Tuesday, Kılıçdaroğlu spoke about the sexual abuse of children by a teacher in central Karaman province and criticized the government for what he called the defense of a nonprofit organization where the teacher briefly volunteered. He lashed out at Ramazanoğlu's remarks who echoed other officials' statements that pointed to the individuality of the crime. Ramazanoğlu has said the reputation of the nonprofit organization, which has a long history of services such as scholarships and free dormitories for students for more than three decades, should not be harmed by the crime.

His remarks were widely criticized by women's rights organizations and others for being sexist, and many have urged him to offer an apology for his remarks.