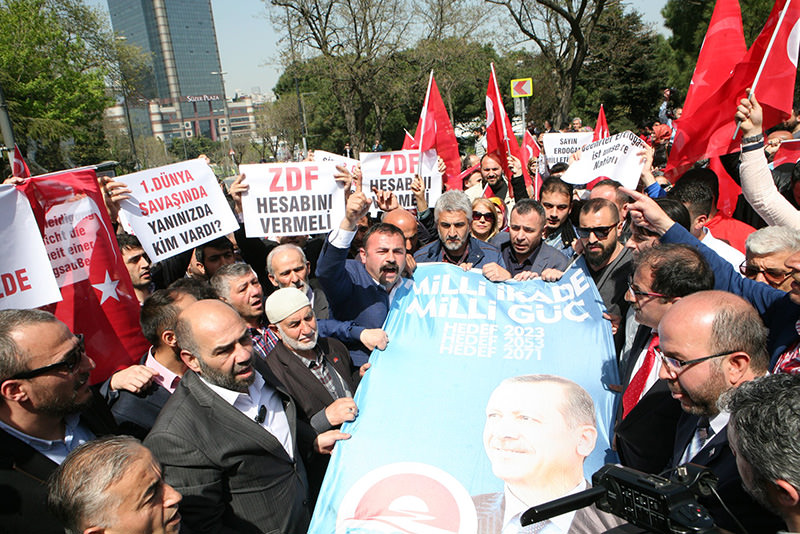 German public channel ZDF was protested by a group in front of its Istanbul office on Wednesday for its broadcast deliberately insulting President Recep Tayyip Erdoğan on March 31.

A group consisting of around 100 people gathered in front of the broadcaster's offices located in Taksim district while the police took comprehensive security measures.

The group distributed a press release, which said: "Even though the aforementioned broadcast is trying to be depicted as an imaginary and satirical one, it's a disgrace and disrespect that cannot be tolerated, and it is derogatory and humiliating." The statement also said that since a Turkish flag was used in the broadcast it was insulting rather than satire.

The group shouted slogans and left a black wreath in front of the building.

German comedian Jan Boehmermann read the defamatory poem in a program aired by ZDF television first on Thursday, March 31, and then repeated on Saturday, April 2.