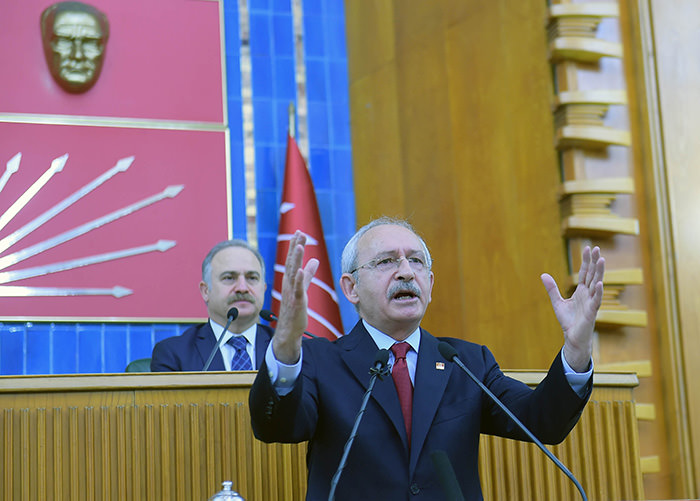 Ramazanoğlu filed suit against Republican People's Party (CHP) head Kemal Kılıçdaroğlu for comments he made at yesterday's parliamentary group meeting of his party.

Ramazanoğlu's lawyers Cihat Haykır and Samet Can Olgaç presented a petition to the public prosecutor's office arguing that Kılıçdaroğlu had violated Ramazanoğlu's personal rights by insulting her.

The petition accused Kılıçdaroğlu of uttering words beyond "moral bounds" in the remarks, saying they had been reported widely and condemned by all sectors of society.

"These sentences cannot be uttered by a politician about another politician. These sentences are not criticisms or declaration of opinion, but insult and humiliation. Using the right to criticize requires a sense of responsibility," said the petition.