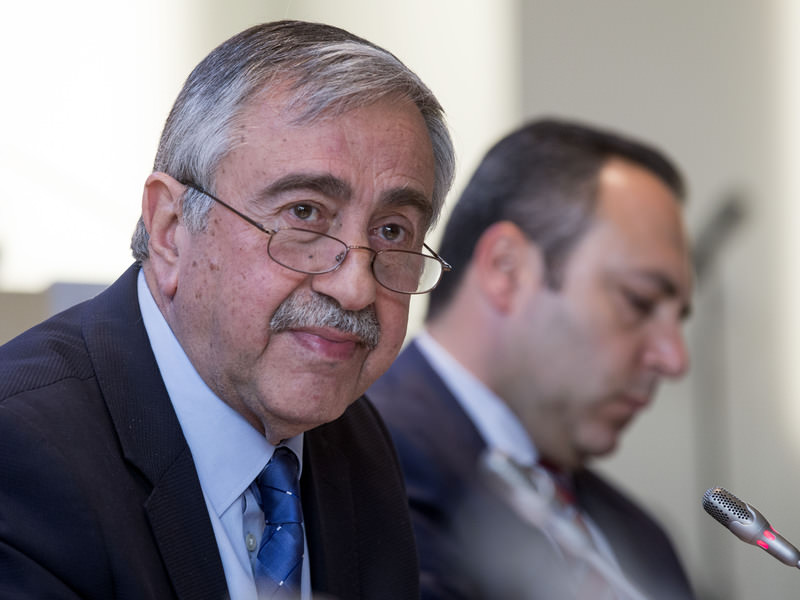 Talks on the reunification of Cyprus may see a breakthrough later this year, Turkish Cypriot President Mustafa Akıncı said Tuesday.

"It may be seen as an ambitious date to talk about 2016 but if we continue with this determination after the elections on the Greek Cypriot side, we can have the breakthrough, we can conclude an agreement on the main principles," Akıncı said in Berlin.

He made the remarks at a panel discussion at Friedrich Ebert Foundation, following talks with German Foreign Minister Frank-Walter Steinmeier.

Greek Cypriots will hold an election in May and Akıncı said he hoped both sides would achieve further progress on the settlement, leaving minor details to next year.

"If we conclude everything within months on the political side, on the basic principles, on the territory issue, on the security issue, property and other remaining main issues, then it is not very important, if we extend into 2017 certain other parts that will be worked out," he added.

Akıncı further stated that he was sure a new coalition government in the Turkish Republic of Northern Cyprus would support ongoing negotiations.

"All the parties in the parliament have openly given their support to the Feb. 11, 2014 agreement," he said referring to the basic framework of reunification agreed between Turkish Cypriot and Greek Cypriot leaders.

Özgürgün is expected to submit a Cabinet list to Akıncı on April 16.

The UBP, which had been the junior partner a coalition with the Republican Turkish Party-United Forces (CTP-BG), withdrew from the government on April 2.

Reunification talks between the Greek Cypriot and Turkish Cypriot communities on the island resumed last May when newly-elected Akıncı met with Greek Cypriot leader Nicos Anastasiades.

Previous negotiations stalled in October 2014 in a row over gas exploration.

The island has been divided into a Turkish Cypriot government in the northern third and Greek Cypriot administration in the south since a 1974 military coup on the island was followed by Turkey's intervention as a guarantor power.