New draft constitution to be submitted to parliament in next months, PM Davutoğlu says 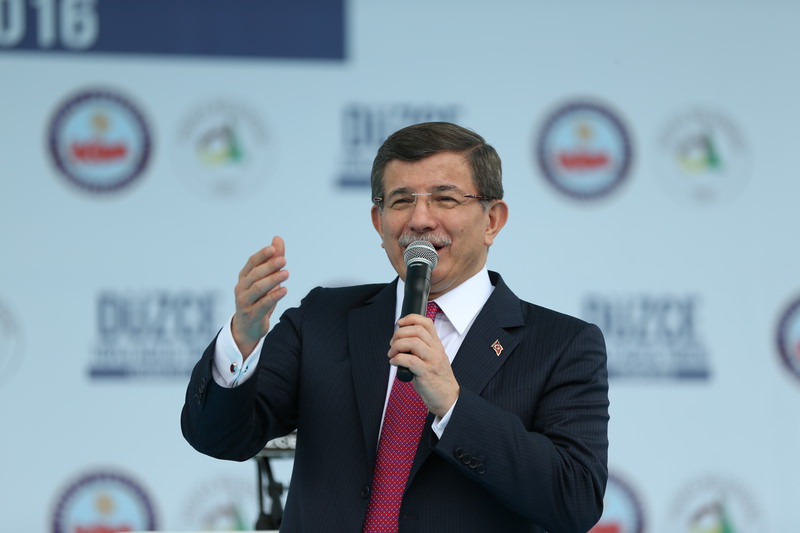 A new draft constitution will be submitted to the parliament within a couple of months, Turkish Prime Minister Ahmet Davutoğlu has said.

In remarks made during an inauguration ceremony of over 80 projects in northwestern Düzce province Friday, Davutoğlu said: "Turkey will have a civilian, liberal, and democratic constitution,"

He said the new constitution would meet the public's needs and solve existing problems of Turkey.

Davutoğlu added that it would ensure "a strong Turkey in its centenary."

The Constitution Conciliation Committee is comprised of 12 deputies -- three from each of the four parties in Parliament – and held its first meeting on Feb. 3 in a bid to draw a new constitution to replace the current one, which dates back to Turkey's military regime of the 1980s.

The main opposition Republican People's Party (CHP) delegation left the Constitution Conciliation Committee during its third meeting in February due to the ensuing debate about switching to a presidential system.

The Nationalist Movement Party (MHP) also released an official statement saying that the party will not support or contribute to a new constitution if the AK Party includes a presidential system.

After the CHP walked out of the Constitution Conciliation Committee, Parliament Speaker İsmail Kahraman sent a letter to the leaders of all four parties, urging them to cooperate in forming a new constitution.

Later, a committee was established within the AK Party, which has repeatedly made the constitutional reform a central part of its government programs.

The AK Party also called on all other parties to contribute to the process of writing a "democratic, participatory and pluralistic" constitution. If the parliament fails to pass the draft with a super-majority of 367 out of 550 votes, a referendum could be used as an option, according to rules.