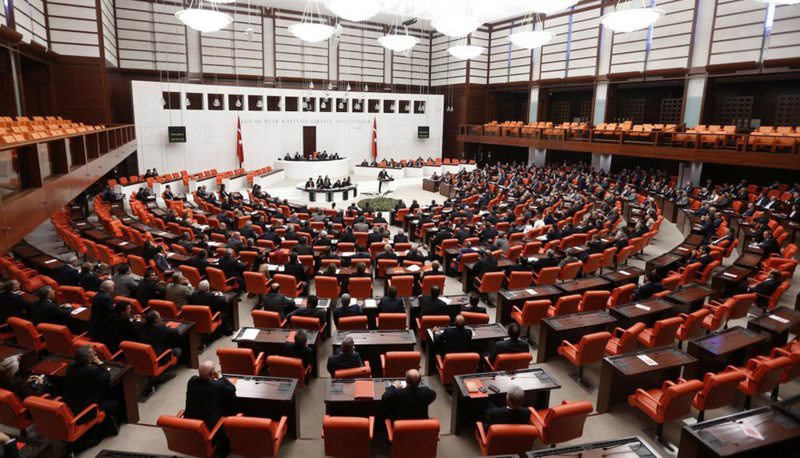 by Merve Aydoğan Apr 19, 2016 12:00 am
Parliament will discuss a draft bill on international judicial cooperation in criminal matters on Tuesday after it given approval from the Parliamentary Justice Commission in early April. The draft bill was initially proposed under the 72 criteria that the European Union requires Turkey to fulfill. It includes international judicial cooperation in methods and fundamentals on criminal matters with foreign states.

According to the draft bill on International Judicial Cooperation in Criminal Matters, the Ministry of Justice will be able to specify the methods that shall be followed and the implementation of what type of judicial cooperation with foreign states under international agreements or mutuality reached between states. In addition, the ministry will be able to give consent to states that ask to use information and files under the judicial cooperation or limit the use of information or files while requesting to collateralize or subject them to conditions.

The draft bill will further allow extradition of foreign nationals who are subject to criminal proceedings for committing crimes or who were sentenced in a foreign country to be transferred to another state that requests the individual in order to conclude the investigation or to execute the sentence. The Ministry of Justice will also decide on the compatible judicial authority to cooperate with a foreign state under the judicial cooperation when requested. The ministry will also make the decision to accept judicial cooperation request from a foreign state. The information and files that are provided under judicial cooperation will not be used other than for proceedings, investigations and prosecutions unless approved otherwise by the state that provides the materials.

As part of EU the process regarding visa liberalization for Turkish nationals traveling to the European Union's Schengen zone, Parliament also passed a bill on the protection of personal data in late March, pushing Turkey closer toward meeting the requirements for visa-free travel. The EU also requires Turkey to fulfill 72 benchmarks to achieve visa liberalization, 36 of which have been fulfilled and 36 are in the process of being finalized by the government.
RELATED TOPICS