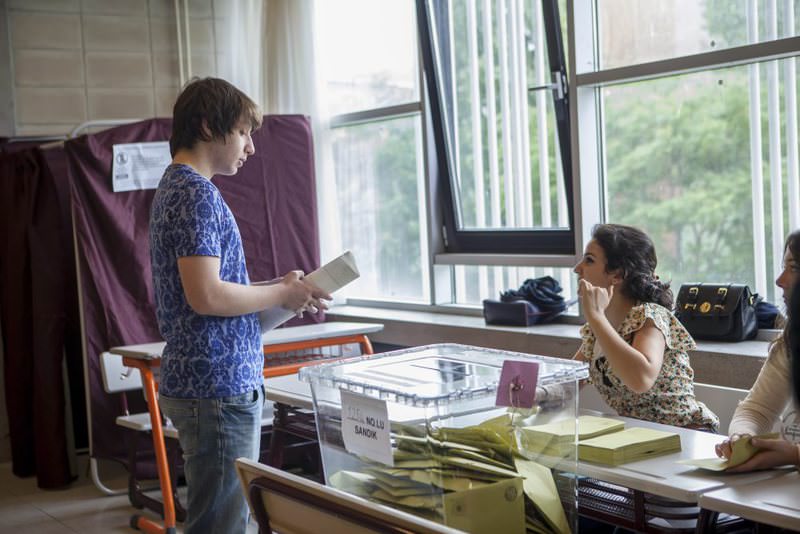 A young citizen casting his vote in the June 7 elections in 2015. A referendum on a new constitution and change to a presidential system is expected later in 2016.
by Daily Sabah Apr 20, 2016 12:00 am

Nearly 60 pct of the public is in favor of a presidential system and would vote for it in a possible referendum, a recent survey conducted by an opposition research company found

Fifty-six percent of the Turkish public favors a presidential system rather than the current parliamentary system, a recent survey conducted by the Gezici Research Company, a company that strongly opposes the government, found.

"The head of state, elected by the people, must have more than a symbolic role," President Erdoğan said late January in his address to more than 250 non-governmental organizations (NGOs) that had gathered to launch efforts in establishing a new constitution and showing support for a presidential system. Former Presidents Turgut Özal and Süleyman Demirel, former Prime Minister Necmettin Erbakan and former Deputy Prime Minister Alparslan Türkeş had also stressed the need for a presidential system in Turkey.

The company, a widely debated polling company known for its dubious findings against the ruling Justice and Development Party (AK Party), also found that the AK Party would receive 56.2 percent of the vote in the case of a possible election.

Revealing the survey results during a television program on the leftist Halk TV channel, the research company president Murat Gezici said that the AK Party had received 56.2 percent support by the survey participants. The survey further researched public opinion on the presidential system as well as the establishment of a new constitution in Turkey.

The survey also found that the main opposition Republican People's Party (CHP) received 25.8 percent of the support by the participants while the Nationalist Movement Party (MHP) and Peoples' Democratic Party (HDP) were left under the election threshold. The survey's findings revealed that the pro-PKK HDP had only received 7.3 percent while the MHP had received 8.9 percent.