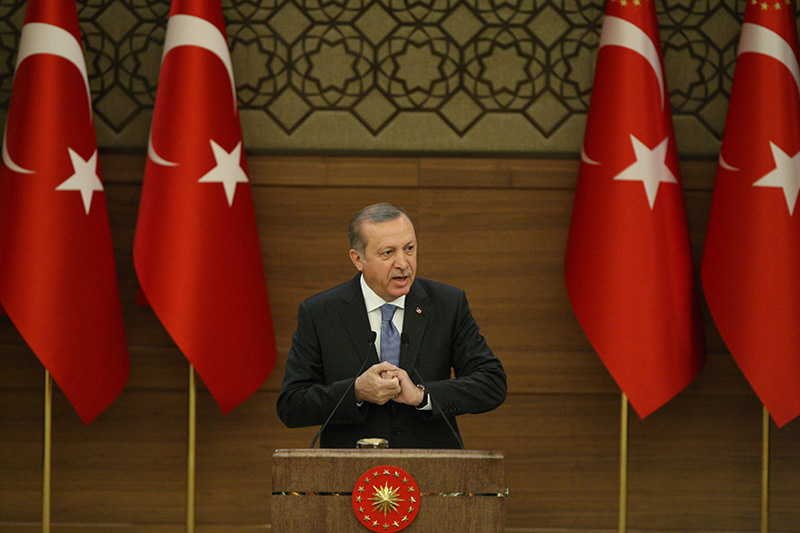 As Turkey's Armenian community mark the 1915 events today, President Recep Tayyip Erdoğan released a message commemorating the lives of Armenians lost in 1915 and offering his condolences to the relatives of those died during the bitter period of history. 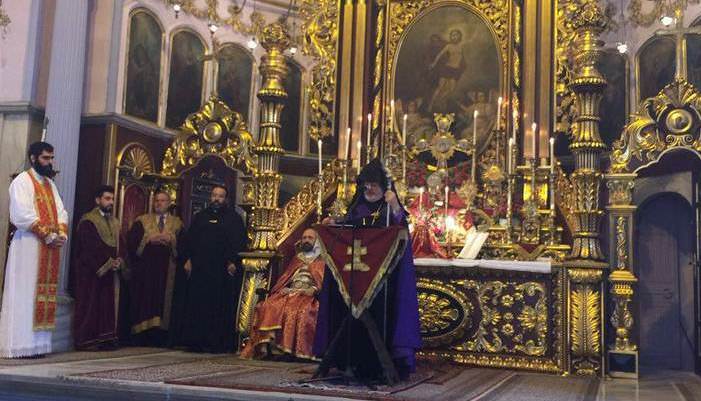 "I welcome this commemoration which is taking place once again in Turkey, the most meaningful place to share the grief endured by the Ottoman Armenians, as well as to honor their memories," Erdoğan said in the message released in both Armenian and Turkish languages.

"In the lands of Anatolia, where humanitarian duties are never neglected and happiness and grief are sincerely shared, the sense of conscience and justice are held above all."

Erdoğan said the near 1,000-year-old "culture of cohabitation between Turks and Armenians" would always be remembered, and added that he would like to thank all Armenian citizens for all their contributions to the country once again.

The annual commemoration marks the deaths of Armenians who died in eastern Anatolia in the early years of World War I, when the Committee of Union and Progess (CUP) government decided for deportation of Armenians to Syria when some sided with the invading Russians and revolted. Poor conditions, diseases and attacks from irregular units caused numerous casualties.

The events are commemorated worldwide on April 24, which marks the date when some 250 Armenian politicians, intellectuals and community leaders were arrested in Istanbul and deported in 1915.

Turkey rejects labeling the deaths as genocide and has called for the establishment of a joint commission of historians to study the episode.

"We will never give up working for amity and peace against those who try to politicize history through a bitter rhetoric of hate and enmity and strive to alienate the two neighboring nations, who are bound with their common history and their similar traditions," he added in the statement.

"With this in mind, I once again commemorate the Ottoman Armenians who passed away and extend my condolences to their children and grandchildren."

The president went on the pay tribute to all Ottoman citizens "regardless of their ethnic or religious origins" who lost their lives. "I would like to reiterate that we share this common pain," he said.