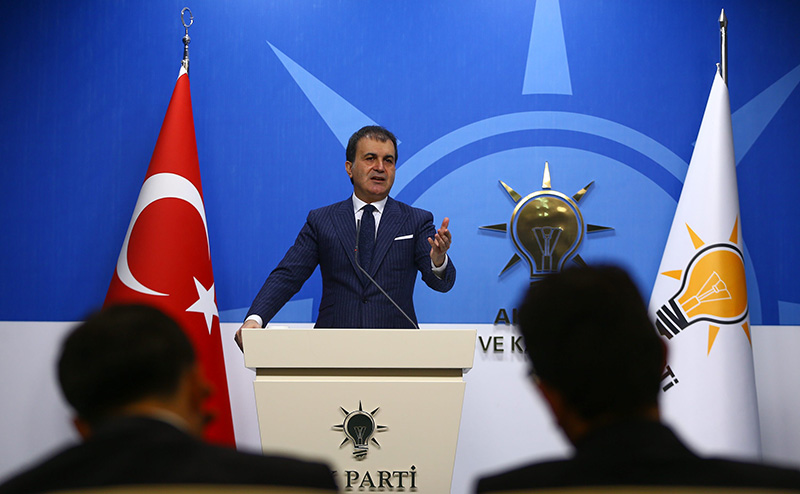 It is out of question for Justice and Development Party (AK Party)'s new constitution proposal to not have secularism as a principle, the party's spokesperson Ömer Çelik said on Tuesday.

Speaking at a press conference, Çelik said that AK Party's official stance regarding secularism is clear and that it emphasizes libertarian secularism.

''We see secularism as a means of societal arbitration, and as an institution of societal peace,'' Çelik said, and added that the party emphasizes secularism the same way it emphasizes democracy and the rule of law.

He continued by saying that secularism has always been and will continue to be a part of the proposal for a new constitution alongside democracy and rule of law.

Çelik furthermore dismissed claims about having a 'religious constitution' and said that the new constitution could be one that guarantees freedom of religion and freedom for conscious as well as have high standards of democracy.

The debate on secular constitution started when the speaker of the Grand National Assembly of Turkey İsmail Kahraman expressed his personal views and said that secularism should not be included in the new constitution as he claimed Turkey is a Muslim-majority country.

Turkey is preparing to reform the current Constitution, which was drafted after the Sept. 12, 1980 coup and creates a variety of impediments to legislation.