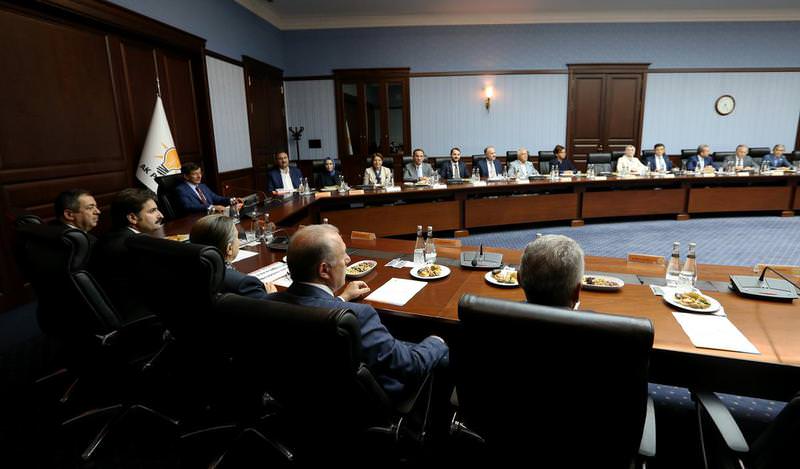 Turkey's ruling Justice and Development Party (AK Party) will hold an extraordinary congress in the coming weeks at which Prime Minister Ahmet Davutoğlu is not planning to run for the leadership, senior party officials said on Wednesday following a critical meeting between President Recep Tayyip Erdoğan and Davutoğlu.

A meeting of more than 1-1/2 hours between Erdoğan and Davutoğlu came as rumors regarding disagreements between two leaders and senior party officials began circulating on social media and several news outlets.

The president and prime minister reached agreement on the congress and Davutoğlu is not planning to run for the leadership at the party's extraordinary meeting, senior party officials said.

The prime minister will hold a news conference on Thursday in which he is expected to announce the date for the congress following a gathering of the party's central executive committee (MYK) beginning at 0800 GMT.

The executive committee will take the formal decision on holding an extraordinary congress which would then decide on the new party leader, reports said.

One party official also said the congress would be held as soon as May 21 and no later than June 6, the first day of the Islamic holy month of Ramadan.

The U.S. dollar jumped up to 2.98 against Turkish lira, bringing daily gains to 5 percent, after it became apparent that AK Party will hold an extraordinary congress to determine the party's new leader.