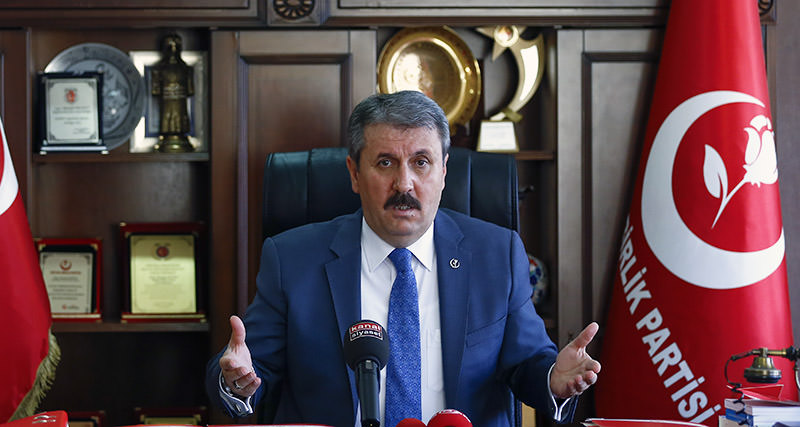 Mustafa Destici, the chairman of Turkey's Great Union Party (BBP), was detained along with a group of nine party members by Israeli police early Thursday in Israel.

Destici said that he and several party members were put under psychological pressure as Israeli security interrogated two of them at Tel Aviv's Ben Gurion Airport.

On Sunday, Destici and several of his party member went on an unofficial five-day visit to Jerusalem and the West Bank.

Destici said he refused to leave without him despite security's threats to detain him as well.

"We caught our plane at the last minute," Destici said asserting security interrogated two of his colleagues for around an hour and a half.

He went on to say that, during the interrogation, Israeli security asked which city the capital of Israel was. "Tel Aviv,' we answered. 'No, Israel's capital is Jerusalem,' they said," Destici added.

The BBP is considered a far-right party in Turkey.