Survey: No loss of support for AK Party after Davutoğlu resignation 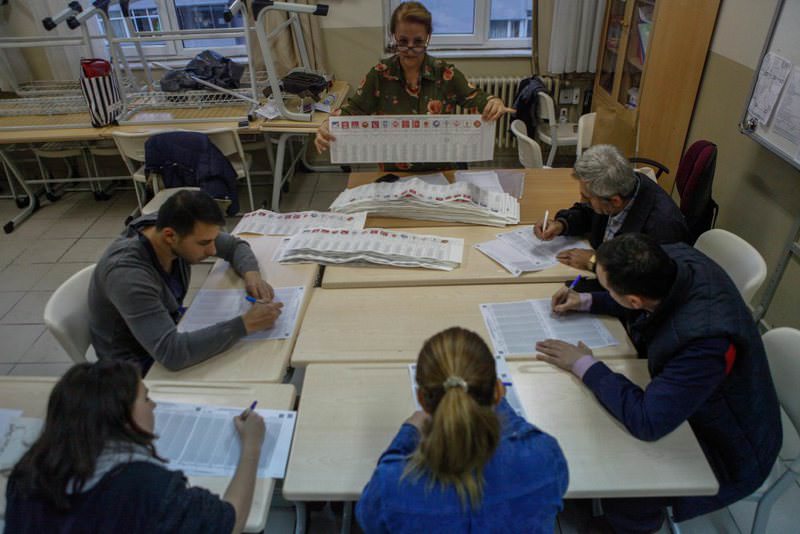 As the ruling AK Party readies for its emergency convention to elect a new chairperson, who will also be the next prime minister, a survey conducted after PM Davutoğlu announced his departure shows support for the party is at 52.8 percent

According to a recently conducted Objective Research Center (ORC) survey published on Monday, 52.8 percent of participants showed support for the Justice and Development Party (AK Party) while the pro-Kurdish Peoples' Democratic Party (HDP) would fail to break the 10 percent national election threshold if an election were called today. Despite claims of a crisis emerging following Prime Minister Ahmet Davutoğlu's resignation and the AK Party preparing for its emergency convention on May 22, the ORC survey found strong support for the AK Party as well as a presidential system. In the survey conducted on May 5-6 through computer-assisted telephone interviews (CATI), 58.4 percent said they would vote for a presidential system.

The ORC survey was conducted in 32 provinces with 1,265 participants. It found increased support for the Nationalist Movement Party (MHP) and decreased in support for the HDP and Republican People's Party (CHP). According to the survey, the AK Party received 52.8 percent of support from participants, the CHP received 24, the MHP 12.8 percent and, with the ongoing deadly terror attacks throughout southeastern Turkey, the HDP received 7.1 percent support. Concerning switching the country's governance to a presidential system, 58.4 percent of participants showed support, up from 57 percent in March.

Seventy-six percent of participants indicated that they are hopeful about the future.

ORC President Mehmet Murat Pösteki said that AK Party voters have always perceived President Recep Tayyip Erdoğan as the leader of the country. Pösteki said: "When participants were asked for the reasons they would vote for the AK Party, the leading reason was always Erdoğan." The head of prominent polling company GENAR, İhsan Aktaş, said there are no concerns on the AK Party supporters' end, as "the party's supporters have full trust in Erdoğan." ANDY-AR research company head Faruk Acar said that the recent developments in the AK Party with Davutoğlu stepping down "caused shock among the party's supporters." He also stressed that "the incidents did not result in a permanent shock, as the party's unity did not take a hit."
Last Update: May 10, 2016 1:00 am
RELATED TOPICS