Main opposition CHP leader to be investigated over 'bloodshed' comments 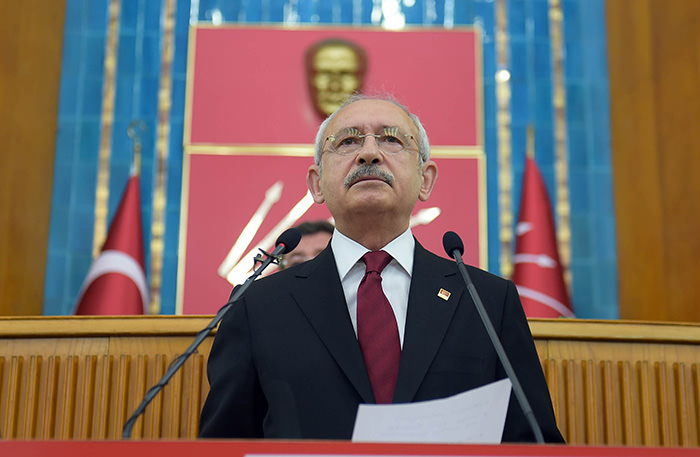 The investigation was opened after remarks made by the Republican People's Party (CHP) leader during his speech at the Turkish Union of Chambers and Commodity Exchanges (TOBB) in Ankara on Wednesday.

The investigation is being conducted under Turkish Penal Code, Article 214 "incitement to commit crime".

President Recep Tayyip Erdoğan previously said that the current parliamentary system could not solve the country's problems, a fact that he said "has been proven by experience many times".

Erdoğan has stated his preference for an executive presidential system, something opposed by the CHP.

In a speech at the ATO Congresium on Thursday, Erdoğan accused Kılıçdaroğlu of "betraying" parliament and politics. "Those [countries] that are now implementing presidential systems, did they do it by shedding blood?" he asked.

Turkey has been debating a new constitution. The current charter dates back in parts to Turkey's military regime of the 1980s.

However, a parliamentary committee, with deputies from all parties, to discuss the issue broke up in February following a dispute over replacing the current system with a presidential one.

Later, a committee was established within the ruling Justice and Development (AK) Party, which has repeatedly made constitutional reform a central part of its governmental program.

A new draft constitution is expected to be submitted to parliament within a couple of months. If parliament fails to pass the draft with a super-majority of 367 out of 550 votes, a referendum could be called.