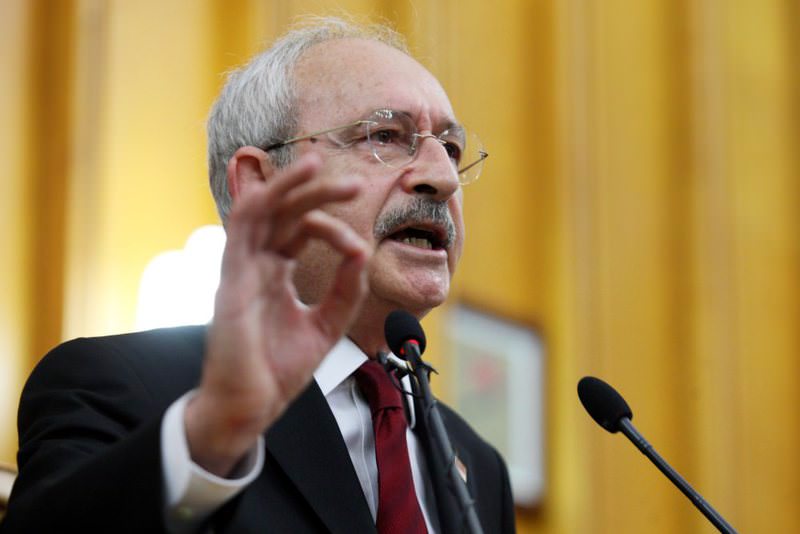 Main opposition CHP Chairman Kılıçdaroğlu has taken flak for his remark that a presidential system cannot come to Turkey without bloodshed. President Erdoğan, Justice Minister Bozdağ and several other officials condemned the CHP leader for his threatening words

On Thursday, the Ankara Public Prosecutor's office filed an investigation into Kılıçdaroğlu for his comments about a presidential system leading to bloodshed, comments which have drawn a strong reaction from politicians, saying he is inciting people to crime and rioting. The investigation concerns the potential violation of Article 214 of the Turkish Penal Code on the incitement to commit crime. The investigation is into Kılıçdaroğlu's criticism of efforts to include a presidential system in a new constitution, in which he said: "Such a system cannot be realized without the shedding of blood."

During a speech in Ankara on Thursday, President Recep Tayyip Erdoğan accused Kılıçdaroğlu of "betraying" Parliament and politics. "A politician saying, 'you cannot bring the presidential system without the shedding of blood' means that he has betrayed the national will, the Parliament that he serves and the institutions of politics. Those [countries] that are now implementing presidential systems, did they do it by the shedding of blood?"

Responding to Kılıçdaroğlu, ruling Justice and Development Party (AK Party) Parliamentary Group Deputy Chairman Bülent Turan said the comments were unbecoming of a statesman, and described them as warmongering. In a written statement just hours after Kılıçdaroğlu's speech, he responded: "We wonder what Kılıçdaroğlu will do. Will he execute deputies and citizens who support the presidential system? Will he gather them into gas chambers like the Nazis?"

"Kılıçdaroğlu is a CHP chairman who took over the position after this tape scandal," Turan said. "Kılıçdaroğlu claimed earlier that he has some information about the tape case and he made some false accusations, speaking as if President Erdoğan was behind the scandal."

Turan claimed that in the eyes of the public Kılıçdaroğlu will be considered part of this scandal for as long he does not answer questions on the subject. "Kılıçdaroğlu should testify to the prosecutor if he claims that he is not part of this scandal. Kılıçdaroğlu will also refrain from giving testimony about the motion against him after his parliamentary immunity is lifted," he said. "A person who did not testify as a witness will never go to testify as a suspect. Thus I believe the CHP will vote no when the General Assembly votes on the proposal that amends the Constitution to remove [parliamentary] immunity from prosecution," Turan said.

Ankara's Objective Research Center (ORC) recently conducted a public survey on support for the CHP on April 7-9, in which 59 percent of respondents said they support the CHP but are not happy with Kılıçdaroğlu as chairman, believing that Kılıçdaroğlu has failed to adequately lead the party.