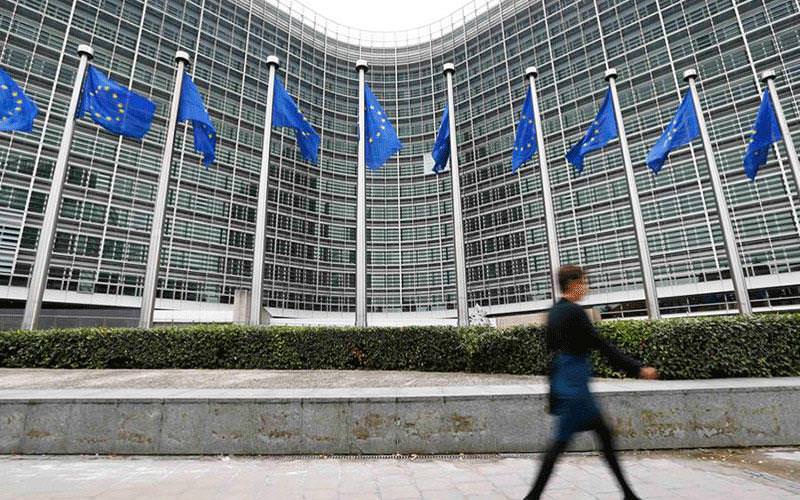 Amid ongoing pressure from EU leaders on Turkey to change its anti-terrorism laws to grant visa-free travel for Turkish citizens, the EU delegation to Turkey head, Hansjörg Haber, implied on Thursday that the EU may tolerate and overlook DAESH terrorist propaganda in the EU capital of Brussels.

While EU leaders have been sending mixed signals about the future of Turkey's visa liberalization deal and continue to pressure Turkey to narrow its definition of terrorism, Haber said that there is no consensus on the definition of terrorism at the international level and admitted that even the EU currently does not have a clear answer about how Turkey will meet EU standards in its anti-terror laws. "We are trying to solve this problem of defining a terrorist act," Haber told the Ankara Bureau chiefs of major news outlets on Thursday. "I cannot tell you at the moment how we are going to solve this problem. This is for specialists in Brussels. They will have to determine when we have achieved a critical mass of agreement under which we can practically solve this problem," he said.

Answering why the EU allowed supporters of the PKK terrorist organization to set up a tent during the Turkey-EU summit in March in Brussels, Haber said that putting up tents was not a terrorist act. "We have certain difficulties understanding how this was possible under the ban of the PKK, but it was not a terrorist act," he said. When asked about whether the EU would allow DAESH to set up tents and in the European capital, he implied that the EU may overlook DAESH terrorist propaganda like it did the PKK's. "I recently read a report from London where somebody was complaining about a car parked in front of his apartment displaying the DAESH flag. He called the police and police told him this is not a terrorist act, and thus we cannot remove the car," Haber said.

About whether a DAESH tent could be set up in Europe, Haber gave an evasive reply: "We have banned the PKK and of course DAESH, but we are concentrating on acts of terrorism."

Haber's remarks came on the same day Justice Minister Bekir Bozdağ said the EU wants PKK propaganda to be more widespread rather than changing the definition of terror, and PKK terrorist carried out two bombs attacks in Istanbul and Diyarbakır.

Responding to question about whether he is concerned about the future of the Turkey-EU refugee deal while President Recep Tayyip Erdoğan rules out revising Turkey's terrorism laws for EU visa exemption and continues his harsh criticism targeting the EU for not fulfilling its obligations, Haber said that visa liberalization is not a result of the refugee crisis and reminded the bureau chiefs that the process started in 2013 when Erdoğan was prime minister. "I don't really think these statements would change our basic position. We are all under great stress in reaching agreement on this. I don't take every single statement as a position statement," he said.

Despite the negative atmosphere, Haber said: "I still remain optimistic. If there is no movement at all, it is, of course, worse but we need to reach a common understanding, otherwise we will open loopholes on both sides," he said. Haber stressed the importance of reaching a mutual understanding. "If there is no movement, of course change is worse. But we need to find a common a way," he said. "A Mutual understanding is required. We want to a find a solution that can be proposed to member states and European Parliament with reasonable certainty that it would be accepted.

"Frankly speaking Turkey has long been mature enough for visa liberation. It should have been done while ago," Haber added.