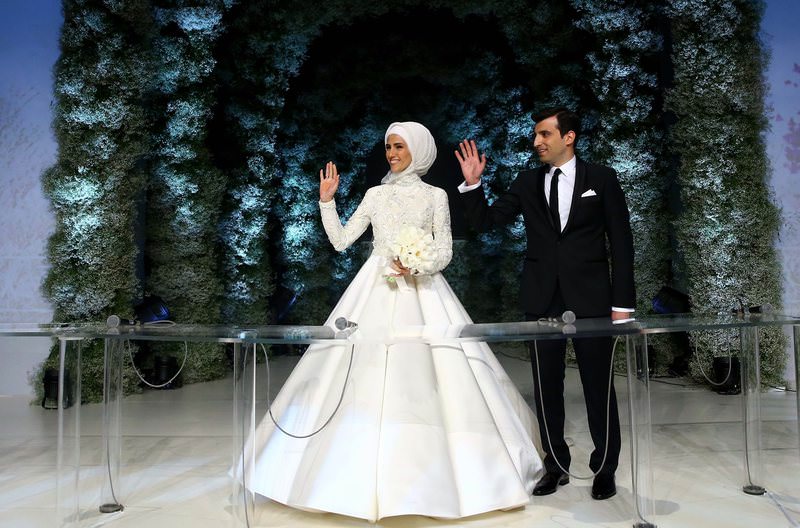 by Daily Sabah May 14, 2016 12:00 am
President Recep Tayyip Erdoğan's younger daughter Sümeyye married Selçuk Bayraktar, who is the one of the leading figures of the team that manufactures Turkey's first domestically produced unmanned aerial vehicle (UAV), at a large-scale and high security ceremony in Istanbul on Saturday. 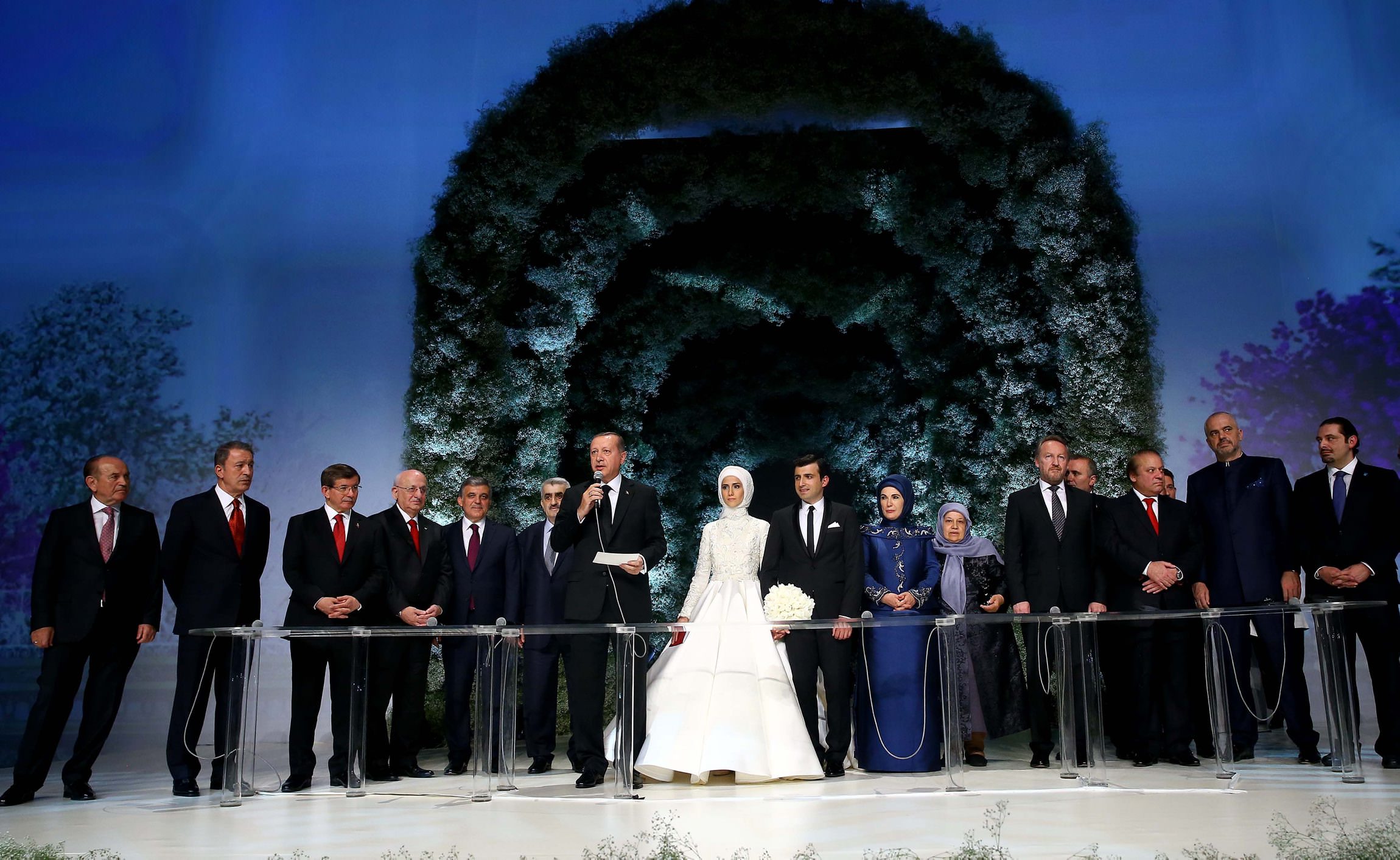 The youngest of President Erdoğan and First Lady Emine Erdoğan's four children, Sümeyye Erdoğan previously served as the adviser to the vice-president of the Justice and Development (AK) Party during her father Recep Tayyip Erdoğan's term as the prime minister.

She completed her undergraduate degree at Indiana University, United States and completed her master's degree at the U.K.'s London School of Economics and Political Science.

An active figure in promoting women's rights, Sümeyye Erdoğan is the deputy head of the Women and Democracy Association (KADEM).e Minister of Turkey.

He has been working as the chief technology officer (CTO) of Baykar Makina since 2007, and has received numerous awards for his contribution to the drone industry in Turkey.

Turkey's first domestically produced unmanned aerial vehicle Bayraktar TB2, which has been readied for arming for over a year, entered the inventory of the Turkish Armed Forces (TAF) as the first national UAV. The Bayraktar TB2's missile was able to hit a 2x2 target in a test carried out in December 2015.
Last Update: May 14, 2016 7:47 pm
RELATED TOPICS