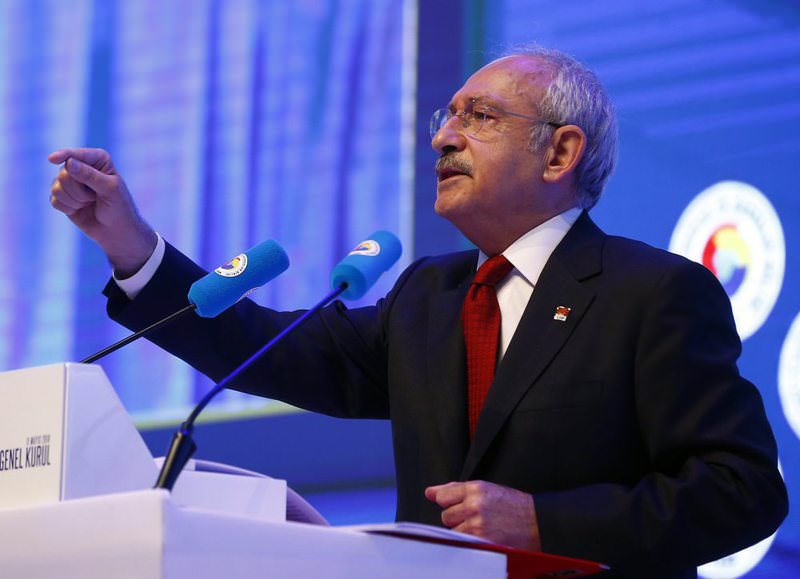 The statement says that a civil and democratic constitution can be drafted only under a free climate, and Kılıçdaroğlu's statement challenges and threatens the will of the people.

"As the Turkish Constitution Platform, we are of the opinion that all government systems, including the parliamentary system, semi-presidential or presidential system, should be discussed. All efforts oriented to obliging people to the parliamentary system or other government models are forms of tutelage that are opposed to the people and their will. Consequently, it is the people that will decide."

In the statement, the CHP and Kılıçdaroğlu are called on to apologize to the people for the threatening words.

In a speech at the Turkish Union of Chambers and Commodity Exchanges (TOBB) in Ankara on Wednesday Kılıçdaroğlu said: "You cannot realize such a presidential system without the shedding of blood."

He has been strongly criticized for this remark, with President Recep Tayyip Erdoğan, Justice Minister Bozdağ and several other officials condemning the CHP leader. Erdoğan accused Kılıçdaroğlu of "betraying" Parliament and politics. "A politician saying you cannot bring the presidential system without the shedding of blood means that he has betrayed the national will, the Parliament that he serves and the institutions of politics."

Bozdağ said: "The presidential system will come to Turkey not with blood, but with the will of the Turkish nation and the Constitution. By talking of the shedding of blood, the fascist attitude of the CHP has been made clear."

On Thursday, the Ankara Public Prosecutor's Office filed an investigation into Kılıçdaroğlu for his comments saying he is inciting people to crime and rioting. The investigation concerns the potential violation of Article 214 of the Turkish Penal Code regarding incitement to commit crime.

"Kılıçdaroğlu is a CHP chairman who took over the position after this tape scandal," Turan said. "Kılıçdaroğlu claimed earlier that he has some information about the tape case and he made some false accusations, speaking as if President Erdoğan was behind the scandal."
RELATED TOPICS