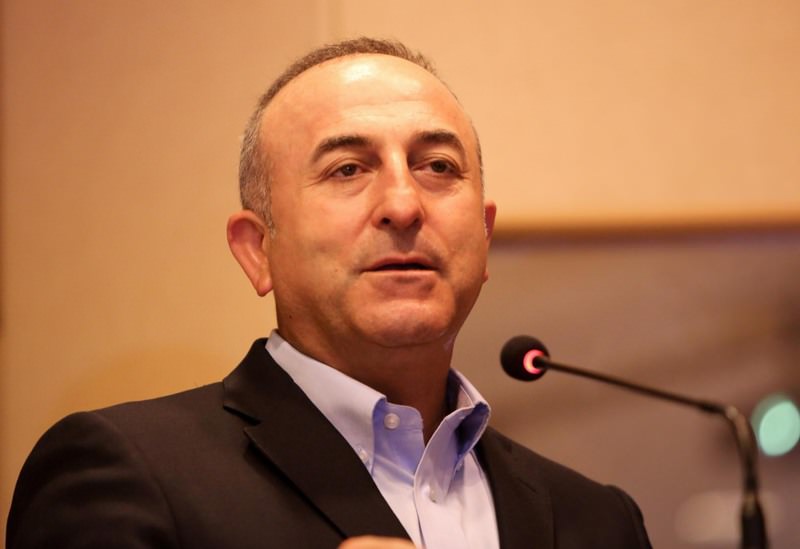 by Merve Aydoğan May 17, 2016 12:00 am
In a recent briefing given to deputies regarding the government's efforts to combat human trafficking, Foreign Minister Mevlüt Çavuşoğlu said that 108 people were rescued from human smugglers in 2015. Stressing that Turkey has established rehabilitation and resettlement centers for victims rescued from human smugglers to get over the effects of the incidents and become integrated into society, Çavuşoğlu said that the government aims to send the victims back to their countries voluntarily and safely through the support Turkey receives.

During the briefing, Çavuşoğlu also said that 67 foreign nationals who were victims of human trafficking were provided with residence permits in 2015. He said 98 of the victims are in shelters while 84 of the victims voluntarily returned to their home countries. Along with the resettlement and rehabilitation centers that were established to allow victims to get over the affects of being a refugee, Çavuşoğlu said that medical needs and additional necessary support programs are provided.

He said that human trafficking victims cannot be deported under the Law of Foreigners and International Protection. "The victims are provided with sheltering centers along with psycho-social support, medical and social support and judicial aid while providing information on their judicial rights, education, vocational training as well as translation services. Opportunities to meet and speak with relevant country consulate officials the victims belong to are also provided," Çavuşoğlu added. He said that the victims can also receive monetary support from the Social Assistance and Solidarity Foundation established under the Interior Ministry's Directorate General of Migration Management.

Turkey is a significant destination and transit country for migrants and human traffickers due to its geographical location. Turkey has actively participated in several global and regional international initiatives and efforts concerning human trafficking. Turkey was among the first signatories of the Palermo Protocol in 2000 and also signed the Council of Europe Convention on Action against Trafficking in Human Beings in March 2009. Turkey adopted these international instruments to show its political will and determination to fight human trafficking in cooperation with the international community.
RELATED TOPICS