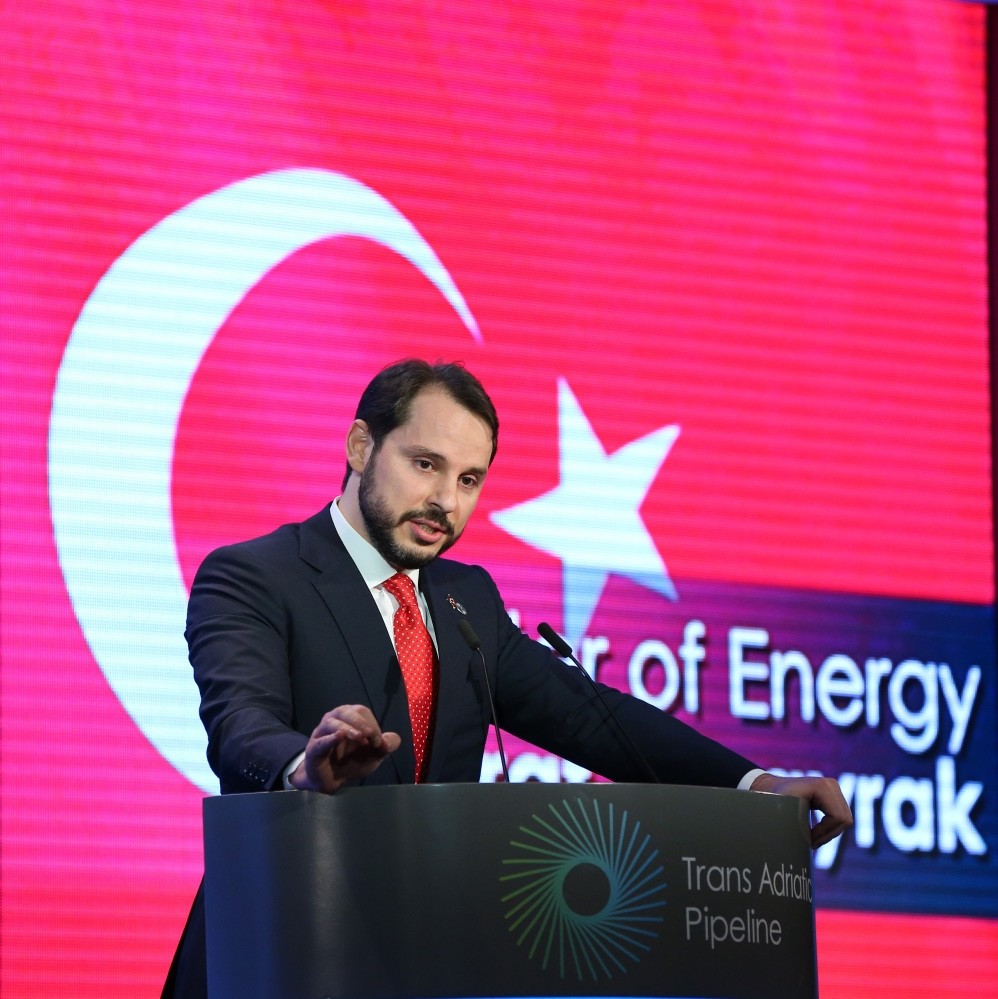 Speaking at the official inauguration ceremony in Thessaloniki at the TAP building, Albayrak described the projects, with TANAP carrying Azerbaijani gas to Turkey and TAP delivering the gas to Europe, as success stories. Both projects were planned with future expansion in mind, he said, adding that natural gas will continue to be an important energy resource in the future due to its lesser emissions and the competition in the market. He also stressed the importance of the diplomatic nature of both projects, arguing that they contribute to international peace and regional economic dynamism.

"The Turkish government will continue to be in full support of both projects," and Turkey was ready to discuss all such feasible projects that will contribute to competition, resource variability and energy security, he said. While TANAP will carry Azerbaijani gas to Greece through Turkey, TAP will take over at the Greek border and carry it to Italy through Greece, Albania and the Adriatic Sea. The TAP's initial annual capacity will be 10 billion cubic meters.
Last Update: May 18, 2016 9:56 am
RELATED TOPICS