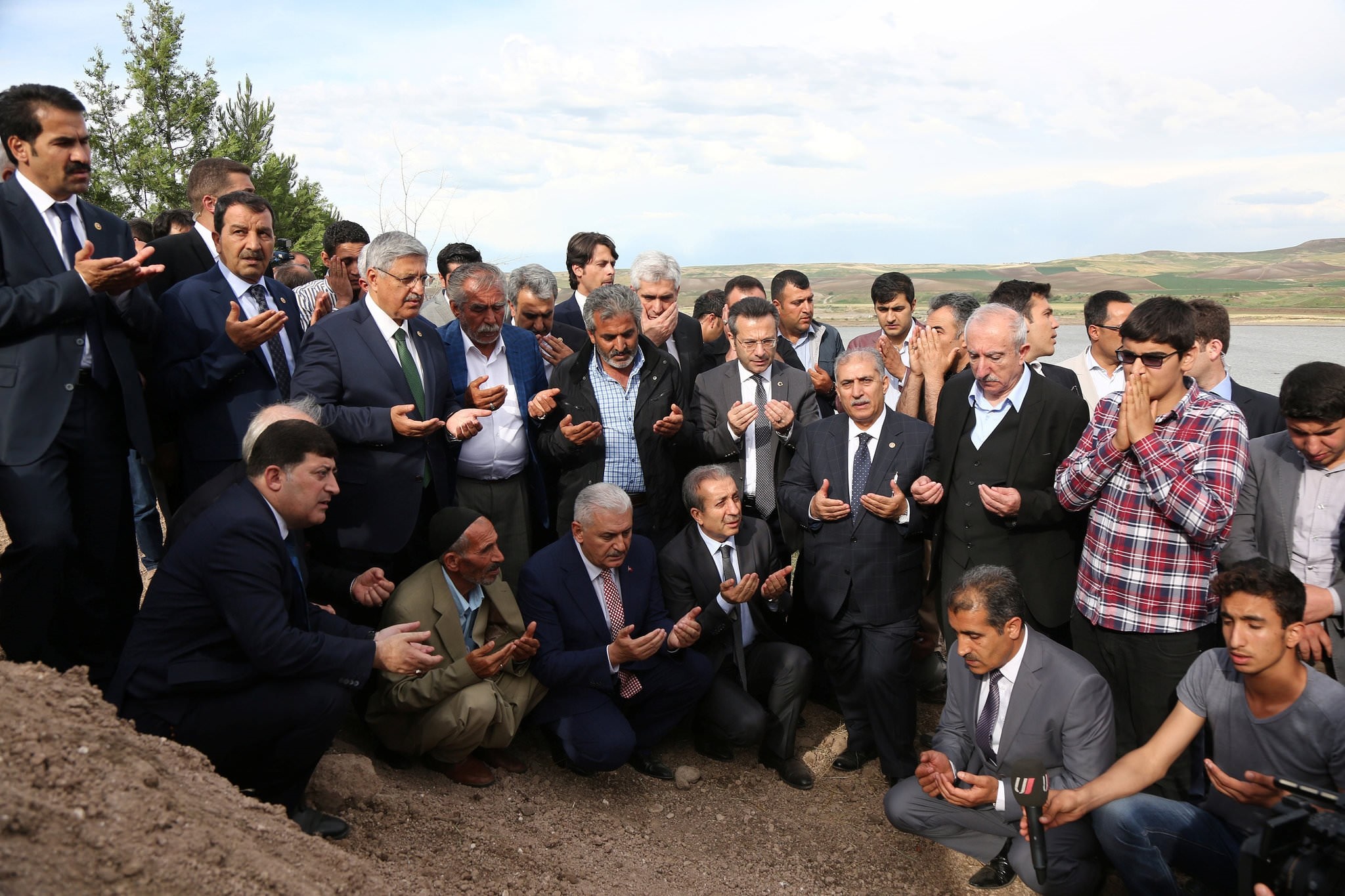 Speaking to the reporters in Dürümlü, in Diyarbakır's Sur district, the minister said that Turkey has always been capable of fighting against those who target its unity and solidarity and assured the citizens that the war against terror will continue until such threat is no longer on Turkey's agenda.

The minister visited the relatives of the victims and offered his condolences during his visit. He was accompanied by Family and Social Policies Minister Sema Ramazanoğlu and AK Party Deputy Chairmen Mehdi Eker, Vedat Demiröz.

Yıldırım also said that he and President Erdoğan will visit southeastern Diyarbakır province on May 28 to inaugurate the new Diyarbakır airport and many other projects in the city.

On May 12, PKK terrorists detonated a bomb-laden truck on in Dürümlü, reportedly following an argument with a group of villagers who spotted the vehicle and began to chase it.

The blast killed 16 people and injured 23 others.

On Thursday, AK Party Spokesperson Ömer Çelik announced Yıldırım's candidacy in front of a large crowd of AK Party deputies in Ankara after the Central Decision and Executive Board (MKYK) meeting at 11 a.m. Çelik said that Yıldırım's nomination was a result of consultations among all levels of the party organization and a result of tendency surveys in the party.

Binali Yıldırım is one of the co-founders of AK Party and has previously served as the Minister of Transport, Maritime and Communication for five terms during AK Party governments since 2002.

Current PM Ahmet Davutoğlu announced that he will resign from party chairmanship and as the prime minister earlier in May.