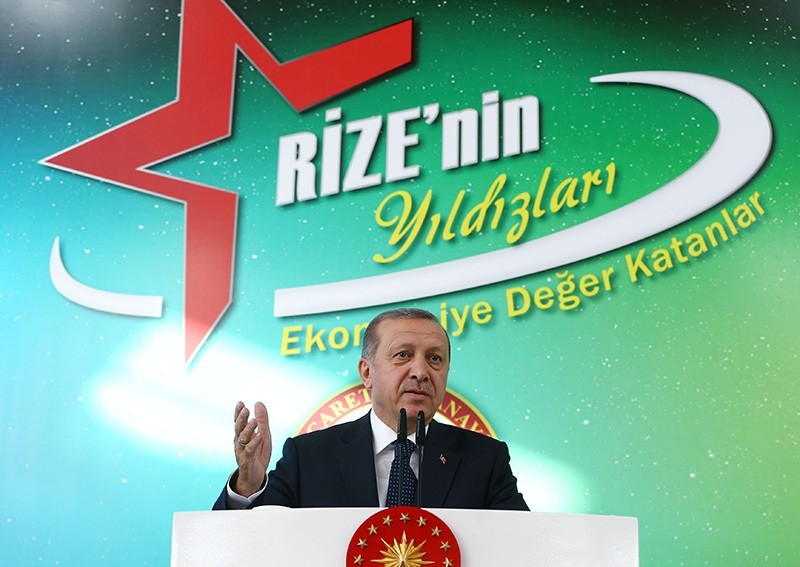 President Recep Tayyip Erdoğan on Friday said that the terrorist PKK organization does not represent Kurdish citizens living in Turkey.

Speaking in the Black Sea province of Rize, Erdoğan said that those who understand they failed to hold Turkey back have now accelerated PKK attacks in southeastern Turkey.

Erdoğan touted Turkey's success in resolving issues springing from terrorism and underdevelopment in the country's east and southeast.

Turkey's southeast has been the scene of significant military operations since December 2015 as the police and army seek to clear the terrorist organization from urban areas.

Erdoğan said it was the PKK members who "set fire to mosques, schools". "Are they not my Kurdish brothers studying there? Are they not my brothers praying in these mosques?" he asked.

The PKK-listed as a terrorist organization by Turkey, the U.S. and EU-resumed its 30-year armed campaign against the Turkish state in July 2015.

Since then, more than 450 Turkish security personnel have been killed and over 4,500 PKK terrorists killed.

In his remarks, Erdoğan accused the main opposition Republican People's Party (CHP) of working with politicians supported by the PKK, referring to deputies of the People's Democratic Party (HDP).

"The main opposition is now doing business with politicians in parliament who are supported by terrorism," said Erdoğan, slamming CHP leader Kemal Kilicdaroğlu over his calling Erdoğan a "dictator".

"What is the head of main opposition party saying? He is using very ugly expressions about me, dictator, etc.," Erdoğan added. "Firstly, you look in the mirror. If Turkey were a country where a dictator was president, they would not let you say this, utter this, and you could not live here," Erdoğan added.